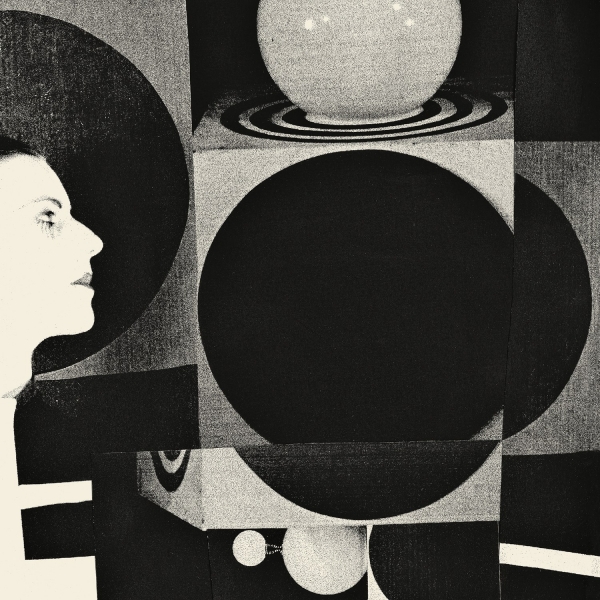 “People once believed that when someone dies, a crow carries their soul to the land of the dead. But sometimes, something so bad happens that a terrible sadness is carried with it and the soul can’t rest. Then sometimes, just sometimes, the crow can bring that soul back to put the wrong things right.”

Birmingham’s single most underrated musician and performer, Trish Keenan of Broadcast, died as a result of complications arising from swine flu over eight years ago. Broadcast were, and still are, a largely cult phenomenon, but their influence permeates modern indie, left-field rock and crate-digging anorak wig out music just as much as their own music was infused with the spirit of Can, Stereolab and Ennio Morricone.

Now, all of this is of relevance for a couple of reasons. The first, and most important, is that something was wrong out there in the land of the dead, because Trish Keenan’s exploratory spirit and singular musical ear has been returned to us in the form of this incredible new LP from Vanishing Twin. They are, essentially, offering a continuation of Broadcast’s sound – a sound we could have presumed was consigned to the annals of history. Sure, Broadcast have influenced tonnes and tonnes of bands – the most famous of which, Deerhunter, regularly mention the importance of Broadcast and Stereolab in interviews – but the connection between them and Vanishing Twin is something more than mere influence. It’s almost as though the spirit of the band has been resurrected, the true soul of this dark little corner of crate-digging Eden restored to full, glorious technicolour.

Vanishing Twin is songwriter, singer and multi-instrumentalist Cathy Lucas, drummer Valentina Magaletti, bassist Susumu Mukai, synth/guitar player Phil MFU and visual artist/film maker Elliott Arndt on flute and percussion, and each of them plays an integral role in the overall success of this remarkable album.

“KRK (At Home in Strange Places)” opens the album with a sonic backdrop that resembles oil burning on the top of a pool. The piano is bright, and chimes against birdsong and intense, sinister percussion swells. Cathy Lucas’ voice is rich but pretty, delicate but enticing. Opulent wah guitars wobble out of earshot, then suddenly fall back in.

“Wise Children” is a woozy, seasick ballad that resembles Nico at her calmest – an opiate for the senses. Superb titles do not necessarily produce superb songs, but “Cryonic Suspension May Save Your Life” is a contender for best title of the year. Thankfully, the tune is great too. Thunderous percussion and increasingly sinister details (organ/synth, found sounds and brass) grow outward, exponentially, while the drums and bass become desert snakes, sliding through the arid miasma of sound.

“You Are Not An Island”, the longest song on the album, opens with densely layered finger-picked guitar, thick and resonant acoustic bass and a strange, eerie sense of melancholy. It builds on these components slowly but exponentially, much in the same way you might expect from classic Stereolab or recent Cate Le Bon records. As the track approaches a natural conclusion, all of the instruments fade and die away, and we find in their place a sinister, almost underwater soundscape of clangs and bangs and a disembodied voice.

The creeping, almost trip-hop vibe of the title track is another delight. Bassist Mukai does his best John Cale, and this hastily becomes Vanishing Twin's version of “The Gift” - only replacing the monstrous bassline of the original for smooth guitar twinkles. The Martian soul of “Magician’s Success” is the most ‘straightforward’ song on the collection, which is probably why it was chosen to be the leadoff single. The music video incredible too – it's a mixture of French New Wave, Jodorowsky’s grainy textures and Lynch’s high contrast mise-en-scene... Could it really be anything else?

“Planet Sauvage”, with its luscious French vocal and slippery jazz funk, is instantly evocative of Serge Gainsbourg, and constructs an imaginary fantasia where Gainsbourg traded the Gauloises for tabs of acid. If Vincent Cassel ever played James Bond, this would be the on the soundtrack. The unmistakable grooves of Can are brought out to play in “Backstroke”, which will be many folks’ favourite track on the record. It’s rubbery, pungent and humid – a perfect fit for fans of Tago Mago and Ege Bamyasi.

Jean-Claude Vannier is named as an influence on “Invisible World”, and it’s clear to see why. The track owes an immense debt to his particularly influential soundtrack to Gérard Zingg's La nuit, tous les chats sont gris (At Night All Cats Are Grey). See also: Broadcast’s “You Can Fall”.

The album closes with “Language Is A City (Let Me Out!)”, which is almost a direct inversion of the opener. It’s looser, a little woollier, and is reminiscent of stargazing solar system explorers like Sun Ra and GOAT. It’s easy to imagine it as the soundtrack to a particularly colourful DMT trip or the gathering of some ancient tribes.

Where Vanishing Twin have come from, or where they’re going next, is completely immaterial - and rather trivial. This is, by any measure, an astounding piece of work by some immensely talented individuals. They now occupy a throne that has sat empty for years, and have made an album worthy of all the praise it will undoubtedly receive.

The Age of Immunology is, simply, a masterpiece.