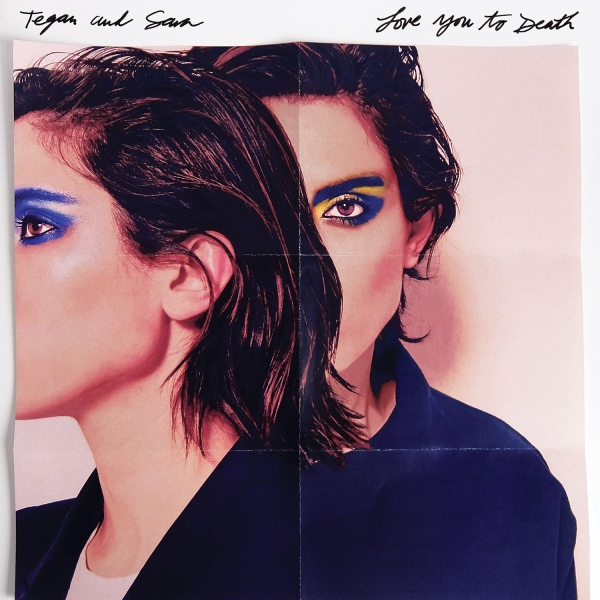 Before their breakthrough album, 2013’s Heartthrob, Calgary-born twins Tegan and Sara wore their indie credentials pretty firmly on the sleeves.

They released several albums with Neil Young’s Vapour Records, The White Stripes covered one of their songs, and they had two albums produced by ex-Death Cab For Cutie guitarist Chris Walla. With albums like 2007’s The Con, they garnered a small but dedicated following outside of their native Alberta, Canada, making waves across North America, but had arguably not quite set the world alight.

Then came Heartthrob.  Arriving at a time when people were hungry for more intelligent, thoughtful pop music rather than the heavily manufactured groups of the new millennia,  the record managed to straddle the line between indie and pop.  Packed with 80s inspired dance tunes, it’s a huge pop record that has managed to remain respectable to their early fans and garner significant critical acclaim.  It slotted in nicely with the likes of Robyn and Taylor Swift’s behemoth 1989 as a pop record that music fans weren’t afraid to say they loved.  Pop is no longer a guilty pleasure, with Beyoncé, Ariana Grande and Bieber still hoovering up the love from both the mainstream press and the music world alike – which is the perfect environment for their new cut Love You To Death.

Choosing Greg Kurstin,Heartthrob, as their producer for the entire record can be seen as a mission statement of sorts.  Kurstin is the man behind some of the biggest songs of the last few years, including Adele’s “Hello” and “Chandelier” by Sia (tunes that, between them, have just shy of a billion plays on Spotify), as well as albums and singles for the likes of Kelly Clarkson, Taylor Swift and Ellie Goulding.  Love You To Death is Tegan and Sara’s pop moment, and they want you to know it.  Alongside the album’s announcement came the launch of a merch store to rival Beyoncé’s, with t-shirts, snap-backs, a watch, and an £80 double ring set spelling out LYTD.  It’s Tegan and Sara the brand, a million miles away from playing dive bars in their native Calgary.

But it’s so hard to begrudge them this flirtation with the mainstream.  They’ve earned their stripes, this is their eighth studio album – an incredible feat in today’s industry – and they’ve managed that longevity through constant reinvention and adaptation.  And above all of that, Love You To Death is a really, really good pop record.  Any edges that remained on Heartthrob have all but vanished in the production, with the perfect discordance in their voices that characterised so much of their early material pretty much ironed out.  “Stop Desire” has one of the biggest choruses of the year, with the potential to be screamed by adoring fans in arenas around the world, and “U-Turn” is all synths and that big, clapping percussion that is synonymous with today’s pop music.

Lyrically, however,  A good chunk of the record deals heavily with the relationship between the two sisters, and the difficulties they’ve had over the years, with Sara stating in an interview that she felt “ashamed of how badly Tegan and I treated each other“.  Piano ballad “100x” deals with the crumbling sororal relationship, with the sisters bearing their souls with lines like “It was cruel of me to do what I did to you”. Beyond their own relationship, the openly gay pair have refused to conform to any kind of gender norms on this record.  Lead single “Boyfriend” is a massive pop song with a huge chorus that rhymes “friend” to the word “friend” five times in the chorus. But with lyrics like “You call me up like you want your best friend / You turn me on like you want your boyfriend / But I don't want to be your secret anymore”, they’re maintaining their own sexual and gender identity in a pop world full of hetero-normative love songs.

This album is undoubtedly going to prove incredibly important for young people who find it near impossible to relate to the love songs in the charts, and Tegan and Sara could be the perfect idols for them.  They’re an important band with voices that deserve to be heard, and Love You To Death might well be the album that lifts them into the pop stratosphere.