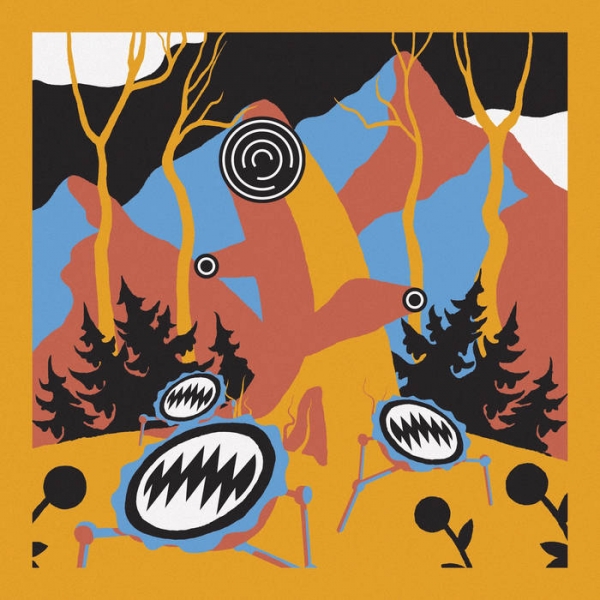 When using a 100 year old paper by an American marching band leader dissecting modern day music to build up your debut album, you better get it right.

In a record that carries its fair amount of context and pretence, sonically there are many a reference point. From My Bloody Valentine to Kate Bush to Blue Nile to The Cure, Team Picture paint a canvas that could tempt many a late '80s / early '90s fan out of retirement where discovering music is concerned.

There is a continuous mechanical whir embedded within the core idea of their sound and throughout the albums entirety which seemingly keeps recharging at every layer of synth and guitar . Sometimes this transcends perfectly over tracks such as “Handsome Machine” where there’s a shooting synth that reaches to the stars and up the back of your spine, while “this is the” broods leisurely along parading it’s finely cut cinematic explosions that bands such as The National and Foals try to grasp as but never fully reach. Unfortunately though at times the record is underpinned by what feel like ideas that are weighed down by expectation of the context they’re attempting to existing within. Instead of losing yourself in amongst its spangled display, you often find yourself in a catatonic state of non-progression. What started as a brilliant idea both musically and contextually stagnates at certain points.

“Rock Hudson Tragedy”, “Keep Left” and “Slowest Hype” do however offer some hope with their interesting late 2000s indie coming to the fore with some added driving alt-pop that has put artists such as The Horrors, Everything Everything and W. H. Lung on the map. If Team Picture can manage to emulate that with their own adages they’ll easily be a force to be reckoned with.