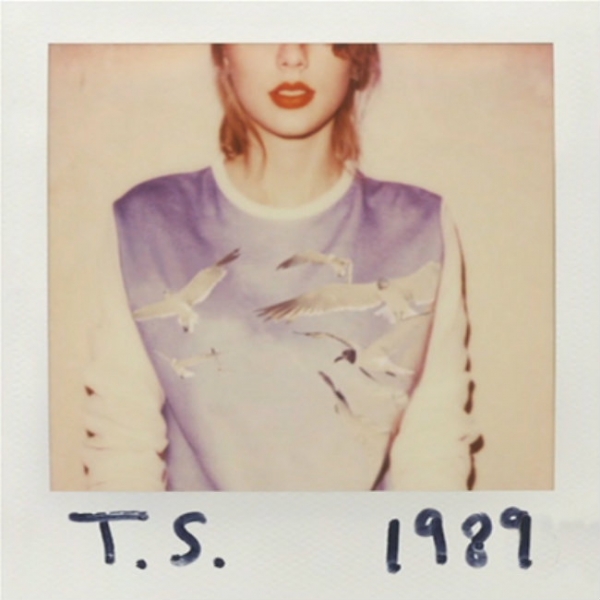 America’s darling Taylor Swift has been firm in stating 1989‘s intentions, despite its occasionally obfuscating media campaign. RED‘s pleas regardless, this is her “very first documented, official pop album.” Not country. No more country. Taylor’s positioning herself for world domination.

Begone banjos, shuffle off the drawls and stow the geetar; Swift vies for huge everyman cores enveloped in glossy, glittery '80s-inspired pop. 1989 isn't just her birth year, it's the year the likes of Madonna and Annie Lennox “made the most incredible, bold, risky decisions as far as pop music goes.” While the two artists may be distant touchpoints, her ambition and moxie is admirable in a world notorious for its conformity, plasticity and callous disregard for integrity.

Crucially, as Swift is clearly au fait with, pop needs to strike a balance between pushing emotional buttons, remaining almost universally accessible and being, in at least some sense, fun. It's in the latter category that she knocks the ball out the park. “Shake It Off” is sublimely silly, goofy even, with white-hot horn blares, the shambolic chaos of a puppy around a Christmas tree and the knowingly ridonkulous spoken-word segments.

Even in the darkest moments, like the string-filled Lana Del Rey-ism “Wildest Dreams” its slathered in grandeur and glass-half-full strength. In its omnipresent optimism, there is a seam of cheese to be found – not necessarily a Disney schmaltz that verges upon cringeworthy, but rather a karaoke quality. You'll belt these numbers anywhere, and that includes in front of a crowd of strangers. These are songs that everyone knows, from your little brother to your drunken aunt; the pop is utterly indiscriminate in its spread. In that respect, it has an almost universal appeal. It's got a cheddary element, but all great pop does – Swift mentions “Like A Prayer” as a benchmark, and if she seeks to emulate the feel, tone or energy, she wildly succeeds. 1989 is classic pop in its basest forms.

Perhaps one of the most surprising points to note – then again, perhaps not – is Swift's lyrical dexterity. For every “areweouttathewoodsyetareweouttathewoodsyet” etc. there's a silvery-tongued turn of phrase or ear-catching line about Cheshire Cats. It's not necessarily Dylan Thomas, but it certainly makes you pay attention to what she's saying, and that's an important part. Rather than half-hearted slogans and jingletastic caveats, there are narratives and meanings to be gleaned – as corny as it sounds, there's a genuine... depth. A lot of commotions has surrounded the microscope upon her love life, and without furthering that scrutiny, it's best to just point out that nigh every song is about love in all its forms. Whether true or not doesn't matter at all – it's so relatable and in its thematic simplicity, it'll reach you in some way.

One major facet of the 1989 is just how ruddy huge it is. Every track's an anthem of some kind; every track could clamber to the top of the charts with ease, brushing aside wannabes like pawns on a chessboard. In a way it shoots itself in the foot a tad, as with no peaks and valleys in the structure of the record, the zeniths aren't quite as high, nor the nadirs as low. It flattens itself out by piling epic onto epic. That said, it's easily remedied by just not listening to it in solid blocks – when “Shake It Off” shuffles on, it just erupts.

Taylor Swift going (pure) pop is not a surprise. RED was the platter of hors d'oeuvres gauging our appetite for this kinda thing, and when “Trouble” et al. went supernova, it was clear that the twangy country-at-heart pop was going to be ditched, at least temporarily. Quite honestly, it couldn't have been a better career move. There's evolution with purpose in every fibre of 1989, and far from jettisoning her integrity in this drastic lunge, she's proved in her bold, risky decision that she's got courage in her convictions to pull it off and faith in her fans to accept the new direction.