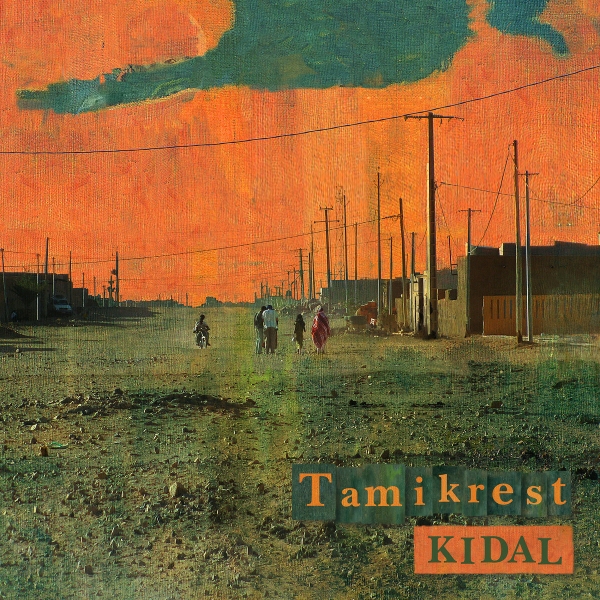 We know what to expect with ‘Desert Blues’ by now. In some ways, Tamikrest’s fourth album doesn’t venture far from the formula of unhurriedly evolving, hypnotic mash-ups of the sparsest of Delta Blues (John Lee Hooker’s skeletal stomps being a particularly apt point of comparison) and ancient call-and-response song forms of the nomadic Tuareg people of Sahara, with a whiff of more modern mixers of Blues and Rock chucked in to place us more firmly in the ongoing century, with lyrical themes centred on the ongoing struggle for Tuareg self-determination amidst resistance from governments, corporations and, more recently, fundamentalist militias.

As such, it's difficult to describe Kidal - named after the town where the band first got together - without mentioning a certain group of more seasoned Desert Blues practitioners. However, it'd hugely unfair to describe Tamikrest as merely Tinariwen Jr. Although the likes of the mesmerising opener "Mawarniha Tartit" cultivate a loping, unhurried groove, there's nothing laidback whatsoever about Kidal. Whether straddling a wildly galloping groove ("War Toyed", "War Tila Eridaran") or engaging in minimalist meditation ("Tanakra"), there's an intensity and irresistible energy to the proceedings that place Tamikrest nearer to the nimble raw power of innovators such as Songhoy Blues than the more steadily paced, tradition-upholding Desert Blues pioneers.

There's a compelling sense of an expanding sonic arsenal to Kidal, too. Although the straight-ahead rock 'n' roll drumming on "Adoutat Salilagh" doesn't really gel, the biting slide guitar - with echoes of vintage Pink Floyd transplanted to sun-scorched surroundings, perhaps - on the atmospheric "Atwitas" proves how subtle tweaks and well-judged added ingredients can invigorate and renew time-worn formulas.

The result is a stunning realisation of Tamikrest's potential. Forget about genres, political backdrops and the exotic location (Bamako, Mali, where the album was recorded, to be precise) this music derives from: Kidal is first and foremost a kick-ass, spirited rock 'n' roll album that demands to be heard far beyond any 'World Music' specialist interest circles.