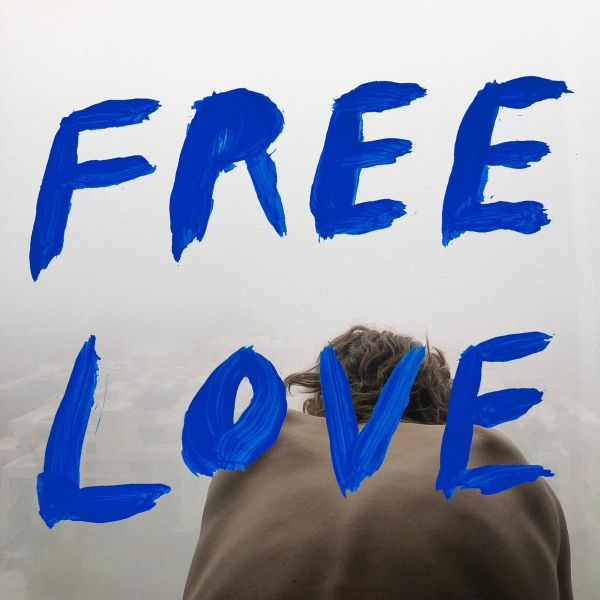 ​​It’s a rare thing that a band is able change to the way you listen to music altogether, but with every release, Sylvan Esso do just that. Third full-length Free Love sees vocalist Amelia Meath and producer Nick Sanborn crystallise their unique brand of electronic music into ten irregular yet exquisite pearls of synth-pop.

Informed by Sylvan Esso’s experiences touring with a live band – see concert film WITH – it boasts a bolder, fuller sound than its predecessors. The result is an album, in places formed of the barest of bones, yet elsewhere shifting with the all restless energy of a packed dancefloor (remember those?).

Nodding to the title of the pair’s sophomore record, speculative opener “What If” allows a glimpse of what Sylvan Esso are able to do with even the most minimal arrangement. Meath’s distinctive voice is run through a vocoder, multiplied into an inviting warmth over the sparsest of looping electronics. It was this track that the pair chose to tease the record’s release, and with good reason: despite a run time of less than 90 seconds, it sets a world-bending manifesto that embodies the collection of songs that follow it. Whilst Sylvan Esso is an electronic band to its core, tracks like “What If” remind the listener of Meath and Sanborn’s grounding in the narrative-driven tradition of folk songwriting.

Lead single “Ferris Wheel” remains the albums undeniable standout, shimmering hypnotically like a heat haze on tarmac. It’s a belter of a pop track, on which Sylvan Esso somehow reclaim some of the most overused clichés of dance music (panpipes? In the year of our Lord 2020?). However, it’s the duo’s refusal to iron out their quirks that elevate “Ferris Wheel” to truly dazzling heights. Take the guffaws that interrupt the pause before a final irrepressible chorus: a cute hangover from the track’s visuals that successfully add a human edge to the dizzying swathes of electronica.

In typical Sylvan Esso fashion, Free Love is an album that embraces tenderness whilst simultaneously inducing every inclination to bust a move. Where “Ferris Wheel” echoes the immediate danceability of previous singles such as “Radio” and “Kick Jump Twist”, album tracks such as “Train” and “Numb” take a few spins to get under your skin. Once there, however, they take on a life of their own, all crisp handclaps and skittery, long-limbed beats.

On “Frequency”, Meath sings about falling in love with a radio DJ despite only hearing her voice – a narrative acutely pertinent in this period of isolation and remote connection. Given that Meath chose this year to come out as bisexual, lyrics as simple as “she’s the one, I swear to god” carry particular weight. As same-gender romantic narratives become increasingly more common in the musical mainstream, openly bisexual artists whose work references attraction to people of multiple genders remain few and far between. That said, “Frequency”’s thoughtful portrayal of queer identity is by no means its only strength – its quiet effervescence marks one of Free Love’s more subtle high points.

Sylvan Esso have always made albums that demand to be listened to at the expense of everything else in your record collection. Free Love is no exception. It’s the pair’s most cohesive body of work yet, and despite its more left-field moments, possibly their most accessible. Diehard fans will doubtless be thrilled by this exceptional addition to their discography, while the remainder of the population should anticipate inevitable conversion. As the record’s last lyric hangs in near-silence, who could ignore the instruction to “play it again”?