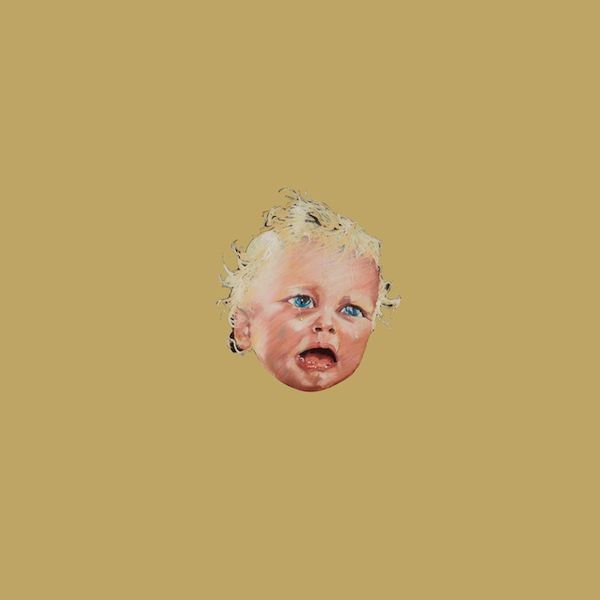 You’ve probably seen them; they’re everywhere these days: pictures of nice pleasant beaches, gently undulating hills, or soft dappled light flowing through breaks in a woodland canopy, all accompanied by some godawful pious quote about the singular importance of kindness. They spread through the internet like an outbreak of cholera. Kurt Vonnegut: ‘There’s only one rule that I know of, babies – God damn it, you’ve got to be kind.’ Henry James: ‘Three things in human life are important: the first is to be kind; the second is to be kind; and the third is to be kind.’ There’s always something unendurably smug about these homilies on kindness, something important that’s lacking in a view of the world in which the most important thing is a duty of vague pleasantness. As it turns out, what’s been missing all this time is a two-hour double album of thunderous, stomping noise. And out of the kindness of their hearts, that’s exactly what Swans have given us.

Musically, To Be Kind doesn’t offer an enormous deal of innovation on its predecessor – but when that predecessor is 2012’s sprawling epic masterpiece The Seer, that’s hardly a bad thing. To Be Kind progresses through long, winding drones and tiny tight riffs, always repetitive but never exactly the same from one repetition to another. Swans can turn any instrument into a vector for unearthly noise: lapping, layering waves of cymbals; bells and chimes; saws moving through wood; ghastly echoing laughter; sometimes even guitars. The songs still unwind with the painstaking deliberation of an orchestral symphony: the longest track on To Be Kind is a record-busting thirty-four minutes; the shortest an almost preternaturally terse five.

Still, there are some changes. Some of the twinkly abstraction, metal grandiloquence and folk touches of The Seer have been pared back; what’s left is a something like a stripped-down punk swagger. Frontman Michael Gira at turns drawls like Lou Reed, yelps like Damo Suzuki, barks like Iggy Pop, roars like Nick Cave, and leers with Howard Devoto’s sadistic lubriciousness; he’s like a one-man archive of the punk periphery. Between the vast oceans of soaring noise there are more uptempo beats, more rollicking bluesy hooks, more riotous viscerality, all bursting out through the atonal surfaces like the eruptions of submerged volcanoes. “A Little God In My Hands” is inflected with jazzy funk; “Just a Little Boy” with Pink Floyd-esque progginess. It’s all a great deal of fun.

The new interrogation of kindness dominates, but it takes its place among Swans’ usual themes: religion, immortality, cosmology, oral eroticism. In much the same way that 1987’s seminal Children of God wasn’t so much a banal attack on the evils of organised religion as the product of a genuine fascination with the absolutism of the divine and its murky intersections with sexuality, To Be Kind is far more interesting than an outrightly nihilistic assault on kindness. Instead Gira and co. draw out some of its disquieting latent content: the sneering condescension, the dull paralysis, the instinctual violence against anything irreducible to pleasantness. The opener, “Screen Shot”, offers a vision of a hideous tranquil future over a propulsive Asian-inflected groove – “No pain, no fear, no death, no hate […] no sleep, no dreams, no suffering”. It’s hard to not be reminded of the Last Man in Nietzsche’s Thus Spake Zarathustra: “They have left the regions where it is hard to live; for they need warmth. One still loves one’s neighbour and rubs against him; for one needs warmth. ‘We have discovered happiness’, say the last men, and blink.” This apophatic vision finds a cataphatic counterpart in “Some Things We Do”, a dreamily menacing description of Nietzsche’s ‘little pleasures for the day, and little pleasures for the night:’ ‘We fuck, we cum, we love, we work.’ This is a world where the only rule is kindness: one denuded of all grand possibilities. Meanwhile “Nathalie Neal” gives us an even uglier face of kindness (“kill the cruel, heal the blind, curse your name unto the sky”) against an anthemic cacophony so joyous it’s hard to say exactly where Gira’s sympathies lie, and “She Loves Us” mixes up sexual degradation and religious ecstasy in a churning storm of martial energy.

Of course, there’s always another option. The guitar stabs in “Oxygen” sound like they might really pierce the skin: it’s a dense, coiled work of unrelenting hardcore brutality, full of the panic of suffocation and the good old-fashioned fury of breaking through the surface, which despite its eight minutes manages to feel as tight and tense throughout as a ninety-second Minutemen track. Then there’s the album’s centrepiece, “Bring The Sun/Toussaint L’Ouverture.’ It’s not exactly wordy – each part mostly consists of Gira bellowing the title over slow, nerve-wracking build-ups and precipitous descents into caustic sludgy guitar feedback – but it might be the most significant track on To Be Kind. If there’s an opposite term to Swans’ sadistic vision of kindness, it’s not unkindness but freedom. The mad desire to conquer the stars, the brutality of the struggle for liberation. Toussaint L’Ouverture was the leader of a slave revolt that eventually became the Haitian Revolution. His insurrection created the world’s first independent postcolonial republic and helped inspire the emancipatory philosophy of Hegel; it also ended in the massacre of the island’s entire white slave-owning population. Kind? Not exactly. But kindness doesn’t bring you the Sun.

To Be Kind sounds alternately like a derailing freight train, a spreading wave of nuclear obliteration, the scream at the end of the world, and the chilling calm afterwards – but for all that, it might be the most accessible Swans album yet. The long stretches of abstract noise are draped over some surprisingly catchy hooks. A few moments might even qualify as singalong road trip anthems (albeit anthems best suited for a road trip directly off a cliff).

It’s worth pointing out that Michael Gira turned sixty this year. It’d be easy for a lesser man to slump into the role of an elder statesman of rock: making charity singles with Bono, feebly championing some emerging floppy-haired indie droners, and hamming up his old act on weekends for audiences of middle managers trying to briefly resurrect their teenage nihilism. He’s not done that. At no point does it ever feel like a gimmick: Swans are as furious and as boundary-pushing as they’ve ever been, and despite the meticulous composition of the album, there’s still the constant nagging suspicion that Gira has gone utterly, chaotically insane.