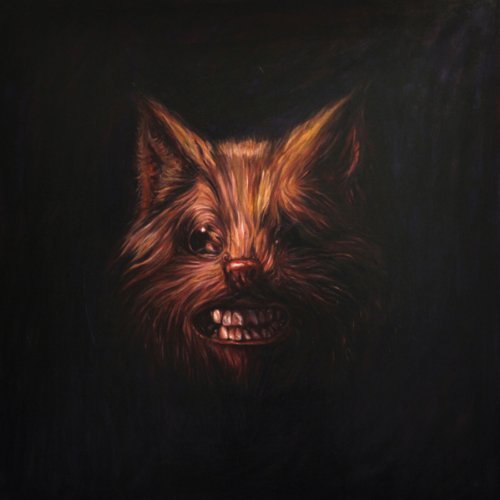 If you believe Swans leader Michael Gira, The Seer is the culmination of thirty years’ worth of work. I’m not inclined to call him a liar. Through whatever medium he’s used to deliver his art, be that Swans, Angels of Light or his equally captivating solo acoustic performances, he’s never been anything less than intensely sincere. And this, the second album since their don’t-call-it-a-reformation, is about as intense a record as I’ve ever had the pleasure to come across.

Pleasure’s perhaps not the word, there being not a single moment I’ve managed to uncover across The Seer’s two hour running time that admits of anything like joy. It’s a relentlessly foreboding experience, as aggressive in its quietest moments as it is in its most cacophonous, as delicate when bringing a full band assault as when moments of curious, uncomfortable calm unfurl from the chaos. It doesn’t even feel like the work of a band, more an insight in to a primal force of nature that drives everything dark and mysterious about the world. Bands? Bands sound like The Vaccines, Bloc Party, people with haircuts and guitars. This is… well, I’ve no idea. But “band” is not the term.

That said, there are a few of them making an appearance across the record, starting with Low’s gift of vocals to scene-setter ‘Lunacy’, and, most surprisingly, the Yeah Yeah Yeahs’ Karen O cooing on ‘Song for a Warrior’. But so mammoth is The Seer that these cameos don’t detract at all from the feeling that this is the fucked up vision of one extraordinary mind, that of Gira, playing benevolent dictator to a group who channel better than any other the sound of being extremely depressed and thoroughly pissed off at the same exact time.

Its most digestible moments, the aforementioned Karen O appearance and mechanical groove of ‘Mother of the World’, are fantastic, but the least indicative of what The Seer is about on the whole. For that, you have to head to one of the three mammoth epics that take up the majority of the record’s running time. The first, the title track, is nigh-on unfathomable in its scope and sonic prowess, reaching the thirty-two minute mark via a concoction of orchestral booms and industrial droning that leaves me a shell of myself each time I finish a listen (and is that a reunion with Jarboe on its reprise ‘The Seer Returns’? It bloody is, and all…). The nineteen minute penultimate number ‘A Piece Of The Sky’ features a roaring fire before a curious sonic trick that makes it seem as if the entire record is disintegrating, only to be built up again in to a desperately sad, repetitive climax that becomes another highlight in a record blessed with many. It ends on all twenty three minutes of ‘The Apostate’, which includes a section of what sounds like Gira rabidly speaking in tongues, whilst the band behind him attempt to drive their demons out of their instruments and through your speakers with a combination of motorised rhythms and howling, freeform woodwind solos.

All a bit much? Well, totally. Swans records are not for everyone. Hell, even massive Swans fans will struggle to find the time to listen to the whole thing cover to cover – and I wouldn’t want to meet one just after they’d finished, either. But if you’re this way inclined, nothing else in your record collection will come close to The Seer’s power, intelligence, or primal energy. I recommend it as vehemently as I warn you of its existence.

Listen to The Seer