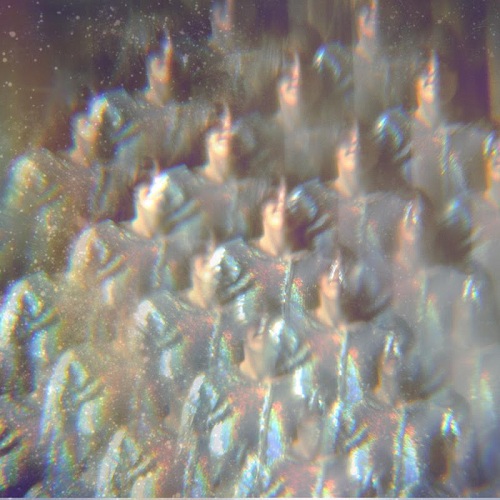 “I don’t care for what is good or bad/It’s in the past”, sing Stealing Sheep on ‘Rearrange’, explaining why the Liverpool trio were never destined to be record reviewers. In contrast, the judgement of band’s début has been anticipated for some months now at Best Fit Towers, and for those who do care, the news is good – on the whole Into the Diamond Sun is a distinctive and impressive first effort.

The female-fronted folk space has become a fairly crowded one in recent years, increasing the pressure on new entrants to really do something to differentiate themselves from the pack. In the case of Stealing Sheep, it is diversity within the band that is their hidden ace: for one thing, Becky Hawley, Emily Lansley and Lucy Mercer write separately which dramatically increases the diversity of Diamond Sun‘s songs. Similarly, the band members’ varied musical interests – in freak folk, krautrock and electronica to name but three – combine for some interesting results. Finally and perhaps most importantly, each singer contributes her own unique vocal style.

Never quite settling into a default sound, Diamond Sun ranges from ragged to polished and from serious and urgent to dreamily playful. Early highlight ‘Shut Eye’ is one of the best examples of the dynamic, chained lyrics which is one of the closest things to an element of consistency across the record, while the alternately haunting and buoyant ‘Rearrange’ ultimately builds to a wondrous climax which has Stealing Sheep ask “can it not just wait ’til morning light / so we can see it clearly?” Lyrically, it’s a refreshing change from the common pop trope that night time is the right time, and evidence of the hypnotic hopefulness that runs through much of the record.

While the early tracks quickly make their mark, the latter half of Diamond Sun takes a little longer to unfurl. ‘Shark Song’ seems fairly slight on first glance, but repeated listens unlock the oriental touches to its instrumentation and hint at a darker subtext to its almost nursery rhyme-esque lyrics. Elsewhere, ‘Tangled Up in Stars’ builds to another climax bigger than 2 minutes, 17 seconds and lots of handclaps would normally allow. Conversely, it’s difficult to see closer ‘Bear Tracks’ as anything but a misstep. Bolted to an uneventful piano solo, the song is spun out almost to ten minutes, leaving Stealing Sheep with a less concise and consistent LP which ends on a whimper instead of a bang.

Disappointing conclusion aside, Into the Diamond Sun is a diverse and dynamic yet still accessible set of songs. Again demonstrating that they have the songwriting prowess to back up the fortuitous meeting of styles and instruments that brought them together, Stealing Sheep look to have a bright future ahead of them.