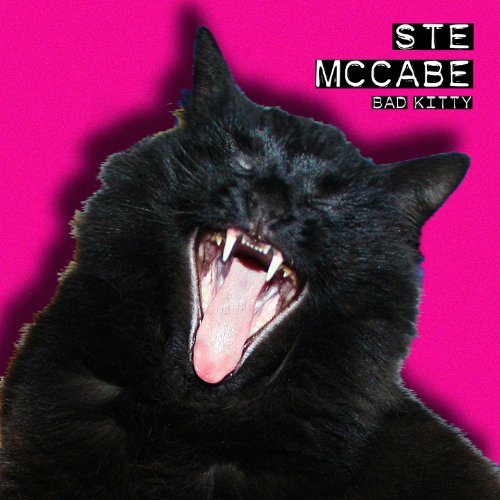 It won’t come as news to any of you, but these are dark times. Recession has crushed the economy. Living costs spiral ever upwards. Celebrity-for-celebrity’s-sake is the dominant aspiration of our demonised youth, fuelled by cynical, media-driven commercialism. Prominent sportsmen and light entertainers are embroiled in racism and paedophilia scandals, casting dark shadows over their reputations as role models or national treasures. Meanwhile, the government we didn’t vote for has such scant regard for the common man that it resorts to open snobbery without a second thought (cough, Andrew Mitchell), apologising only when embarrassed into doing so. It continues to adopt policies that create yawning chasms between the affluent and destitute poles of our so-called “big society”; rewarding the rich, tax-avoiding elite and isolating the barely-surviving proletariat. Those grey autumnal clouds in the sky seem grimly apt.

At times like this, we need guys like Ste McCabe. Queer-feminist, defiantly outspoken and proudly working class, the Scouser-in-exile is a welcome antidote to the apolitical haze that dominates modern pop (seriously, when 2012’s most momentous left-leaning agitpop number comes from a casually-sexist dumbass who blithely wore a Skrewdriver shirt to a skinhead-themed photoshoot, it’s fair to say the oft-promised revolution’s gonna be a little lacking in the “contemporary soundtrack” stakes).

McCabe’s latest record Bad Kitty, his third for the ever-excellent DIY stable Cherryade Records, is an addictive collection of mid-fi electro-punk nuggets; gleefully unsubtle and seething with a righteous cocktail of wounded pride, acerbic wit and dumb-for-smart’s-sake hooks. Opener ‘Did You Really’ serves up an ironic response to the patronising life lessons of a callous boss from a privileged background. “You worked your way up from the bottom? From Buckinghamshire? … Good for you!” he sneers, the venomous disdain audibly leaping from his lips like bilious spittle, before allowing himself a wry chuckle at the song’s close.

Also under fire from the quick-witted one’s acid tongue are supermarket advertising campaigns, the fuckwitted opinions of homophobic newspaper columnists, and the idiocy of vacuous celebrity. Tracks like ‘The City Chambers’ are almost comedy songs, moving from rhino-charge-subtle skits to plaintive, gag-laced pop-punk. But like Half Man Half Biscuit before him, McCabe is too clever and too damn catchy to be filed alongside The Barron Knights. His tunes follow the same post-Riot Grrrl lineage as the overlooked Bis; equally at home with Devo, The Human League and the Ramones, but layered with the political nous of Le Tigre or Bratmobile. Blessed with a voice that snarls without being worlds away from the fey, dynamic urgency of Pete Shelley – albeit with a spacious drawl from the other end of the East Lancs Road – the whole package is pretty difficult to ignore.

The album draws to a close with the bratty pop-punk of ‘Harrowing Breakdown’, which serves as both a poke in the eye for minted tell-all-tragedy celebs and an irresistible dance number. It’s a fittingly anthemic way to pull down the curtain, providing fodder for indiepop dancefloors and hope for those of us who worry for the future of political pop. Ste McCabe is angry, hilarious and brilliant. Most importantly, he gives a shit. It’s time you started to give a shit about him too.