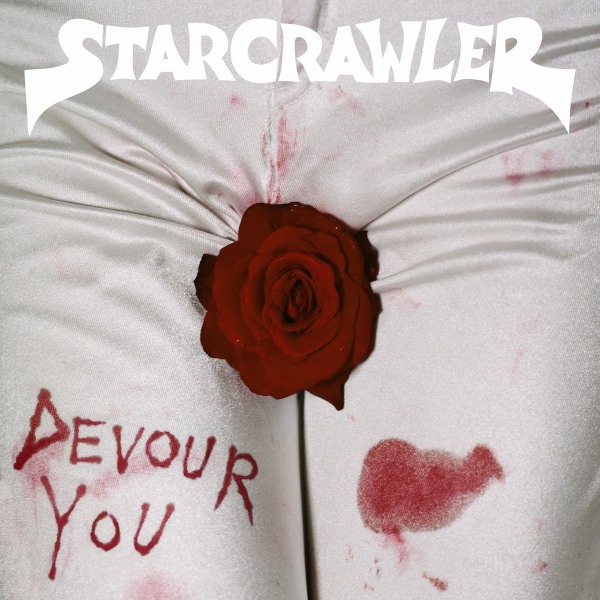 Starcrawler are children out of time, anachronisms dressed up as the stars of yore.

They are young, they are raucous, and they can write a damn good rock ‘n’ roll tune. We’re promised that they have sworn allegiance same spirit of rebellion that has made so many bands and musicians into household names, from Guns ‘N’ Roses to The Stooges, Joan Jett to the Ramones.

Arrow De Wilde and her band of merry mischief-makers certainly have the look of rockstars – you never get any hint of pretension or bullshit from their earnest, sincere take on what rock ‘n’ roll culture represents. That said, they also err on the side of caution and tastefulness, never truly abandoning the rulebook: their riffs are large, but never too heavy; they can get your head nodding and your feet moving, but they never force you onto the dancefloor... It’s the same recipe that led to worldwide success for The Strokes, Foo Fighters and The White Stripes, and pretty much every million-selling rock band to have emerged from the shadows in the past twenty years, but it’s also the recipe that eventually leads to the Middle Of The Road.

Starcrawler have shown glimpses of brilliance in the past, but have never really done enough to make diehards out of fairweathers. Now back with their second album, they’ve slightly diversified (but mostly doubled-down on) the sloppy rockist sound of their self-titled debut.

This new album, Devour You, is heavily front-loaded and top-heavy, with all the hits at the beginning and the misses stacked up in a pile at the end, but there are enough hits to suggest you could make a grower out of this record if you tried hard enough.

Opener “Lizzy” melts tightly-wound rockabilly with off-kilter grunge, while “Bet My Brains” threatens doom metal but delivers stripper-glam. “Home Alone”, an album highlight, is taut and fierce, evoking the loose-hipped strut of early Queens of the Stone Age. “No More Pennies” offers their take on the shaggy, hoary college rock of The Replacements or even Kurt Vile. It’s probably the most elegant thing Starcrawler have ever released – a rolling, tumbling rocker with a broken heart and an empty glass... later, they return to college-rockin' on “Hollywood Ending”, with a handful of meaty riffs covered in thick film of scuzz. They’re at their best when operating in this mode.

Two of the more experimental, atypical numbers on the set are the four-to-the-floor strung-out dance-rock of “You Dig Yours”, and the sinister, Suicide-indebted “She Gets Around”, which opens with an ominous throb before a serrated riff cuts through the haze, leading to a chorus you might expect from Nirvana. There’s also a pair of one-minute-long punk thrashers (“Toy Teenager” and “Tank Top”) that offer something thrilling, in direct contrast to the meat-and-potatoes rawk of “I Don’t Need You”, which is a bit of a snoozer – it sounds exactly like the modern sound of the Pixies (not the classic, inspiring-to-millions Pixies.)

Starcrawler sure offer a variety of different rocks, and it seems as though they mean every single riff. But it’s hard to see exactly what they’re trying to achieve... At best, they’ll feature on festival bills next to Royal Blood and Greta Van Fleet and Blossoms, and find millions of streams waiting for them when they do. At worst, they’ll end up as ‘recommended’ on the sidebar of The Pretty Reckless videos on YouTube.

It’s clear that they’re at their best when they’re drawing from the college rock/grunge well, and disappointing that they feel they have to include 36,000 different rock styles to be taken seriously. With a couple of tweaks, Starcrawler could find diehard fans lurking in the fanbases of Kurt Vile, Courtney Barnett, Car Seat Headrest and Mitski – but by pushing so hard in this rockist direction, fans and band are unlikely to ever find each other.