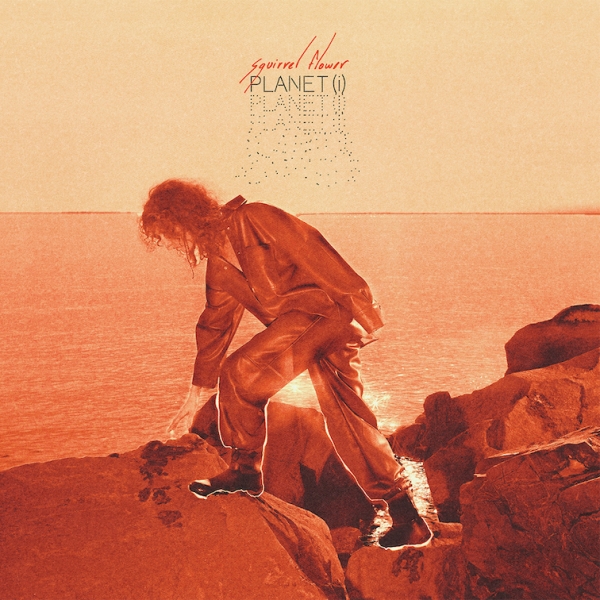 The glaciers are melting, temperatures are soaring, sea levels are rising and if humanity remains complacent we’re all headed for disaster and the lucky few will be on a spaceship heading for Planet (i). Well, the last bit at least, is one imagined version of the future sprung from the mind of American artist Ella Williams - aka Squirrel Flower.

The follow up to 2020’s I Was Born Swimming, Planet (i) was recorded in Bristol (UK) with an array of guest vocalists (Tomberlin, Katy J Pearson, Brooke Bentham, Tenci’s Jess Shoman, Jemima Coulter, plus her brothers Nate and Jameson Williams) and is apparently “a love letter to disaster” that fully embraces the elements Williams always feared and finds a planet in ruin.

It’s not just outer turmoil that informs Squirrel Flower’s fiery delivery but inner turmoil too, with Planet (i) becoming a place for physical and emotional healing. In that way, it also harbours a cocoon-like safe space: The constant fuzz that hits at the back of her vocals and guitar strums make for the most comforting kind of disaster you’re ever likely to encounter.

Fully inhabiting the songs on the record, Williams voice flips from dry and deserved soft-boy character assassinations (“Hurt A Fly”) to cautious introspection on the pressures of being an artist exposing themselves so completely (“I’ll Go Running”). Whether she’s struggling against heavy distorted guitar fuzz (“Big Beast” and “Roadkill”) or smoothly gliding over warm country melodies and delicate folk numbers (“Deluge In The South” and “IOWA 146”) Squirrel Flower’s songs hit like meeting a stranger who you’ve also somehow known your whole life.

Planet (i) is a kindred spirit, a compelling force you’re drawn to listen to over and over again. It’s a fine tuned record that leans into bold pop refrains whilst gripping firmly onto its DIY roots. It’s an irresistible listen.