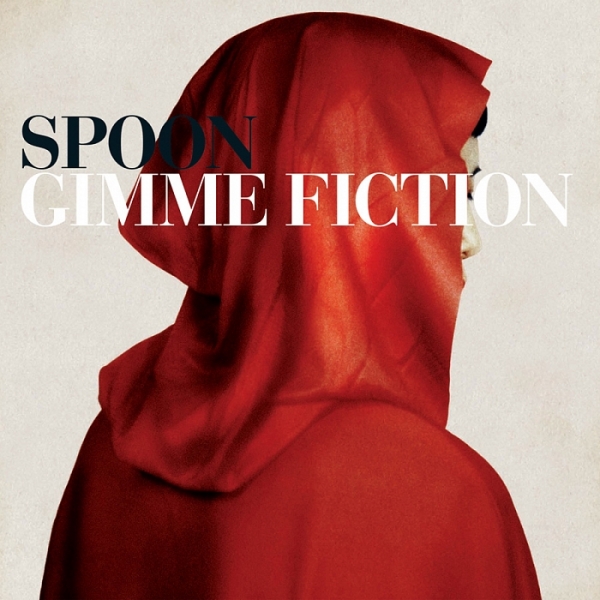 Gimme Fiction was the first time where Spoon let their hair down in terms of composition.

This was where they transitioned from the military precision of previous outings to what would become a hallmark of Spoon: precisely aimless and aimlessly precise noodling - something not fully realized until Transference, but played around with here first.

Their studio perfectionism also started here (in fact, Jim Eno never had a better sounding snare before or since), and the songs themselves were allowed to wander beyond the previously set parameters as a result. Fiction, therefore, is also the first sighting of Spoon using the studio as an instrument. This album was the band's initial exposure to "nice equipment", as Jim Eno states in the album's oral history (if you have time, by the way, go read it - fascinating stuff).

Because of the extra time they had to record, experimentation is the theme of the record: the itchy guitar solo that closes "My Mathematical Mind"; the ray-gun guitar throughout "The Beast and the Dragon, Adored"; the swirling background electronics of "Was It You?"; and the deep-sea piano that paints a number of the songs here (see "Mind", "The Infinite Pet" and "Merchants of Soul") all add to the album's ambiance and enjoyment.

Daniel's gift for songwriting efficiency is on display here, as well. The acoustically-driven trio of "The Delicate Place", "Sister Jack" and "I Summon You" argue that no one can do more with less. Even the funky, R&B-influenced "I Turn My Camera On" is little more than guitar stabs and a skeletal bassline over which Daniel gives his best blue-eyed soul impression. And yet, not only is it the album's best song, it's among the best songs in Spoon's catalogue.

But you knew all of this already. The real draw of this reissue is the bonus material - namely, the home demos that would become Gimme Fiction. Given their penchant for studio perfection, hearing demos and less-than-complete recordings and compositions seems a little voyeuristic - peering behind the curtain to see the Wizard, as it were.

Some songs - "Was It You?" and "I Summon You" - mostly stay the same between the demo phase and the final recording. Hearing the latter as a slightly sped up solo acoustic number, for example, is of particular fascination. It comes off less MTV Unplugged than, say, a guy strumming in his bedroom trying things out, and is all the better for it.

Hearing unfinished ideas is more revealing. The demo for "Place" features Daniel repeating "All I got is me" as seemingly a place-holder for what would become the chorus. Similarly, he sounds a bit unsure when singing what lyrics he had finished during the demo stage. "Beast"'s demo is more radical, by comparison. Purely acoustic, Daniel sounds a little wet behind the ears as he finds his vocal footing.

Additionally, comparing the changes in lyrics between demo and final product is another window into Daniel's mind. Most are small, but telling, changes. The line "They never got you" from "Beast" was demoed as "They never got me". Better still, the line "I don't suggest it myself / But no I won't sweat" was originally " I don't suggest it myself / Jesus don't sweat" in demo form. Whether that was a joke or not, it remains the finger pulling back the veil.

The deluxe edition also includes two songs that didn't make the album, "I've Been Good Too Long" and "Dear Mr. Landlord". The former is a nervous, yet danceable shuffle number with Daniel's vocals filtered through watery echo. The latter is an earnest acoustic ditty with an equally earnest vocal take. While inessential to Fiction, they are nonetheless worth hearing to any Spoon fan.

And that's the thing about Spoon: Their biggest flaw is how maddeningly consistent they are. Gimme Fiction is just one album in a series solid records made up of the same type of (great) songs. Put more succinctly: Fiction is a fucking great record by a fucking great band, and that's all you need to know.