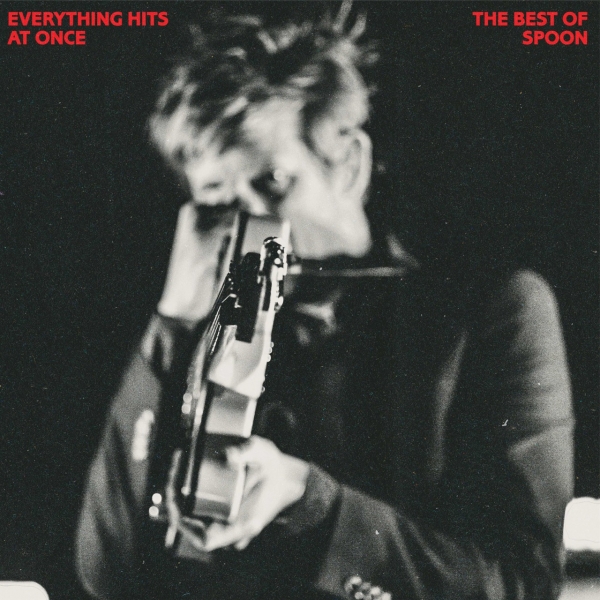 In a just world, Spoon would be world-straddling rock Megazords, selling out every ticket and fulfilling every cliché in Christendom.

In reality, they’re third on the bill (just after Cage the Elephant but ahead of Starcrawler) on a U.S. tour that is headlined by everyone’s other favourite Scientologist, Beck. Now, as any Spoon fan will rightfully tell you, this is an incredible injustice – but one that they aren’t too bothered about.

Not being on top of the rock mountain has allowed Britt Daniel, Jim Eno and their revolving cast of collaborators to operate with complete artistic freedom, where they can (and do) change styles at whim. A single Spoon album can contain wide-eyed soul, rigid punk, squalid dance-rock, rootsy country rock and pure pop, oftentimes sequenced next to each other for maximum gonzo mayhem. Daniel and Eno have only really made one album that didn’t deviate from the formula, and that was their first, the rather stiff Telephono, which borrowed riffs from the Pixies and Wire and called it a day. Every album since has been a masterpiece of sound design, and they’ve only got better with age.

As anyone who owns all fifteen volumes of Queen’s Greatest Hits will tell you, you can’t sum a great career up in thirteen songs. Spoon, or more particularly their frontman, songwriter and mouthpiece Britt Daniel, had the unenviable task of summing their incredible catalogue up in just under an hour, and they have (for the most part) done exactly that. It is a perfect compilation, drawn from over twenty years of incredible albums. Everything Hits At Once does exactly what the best compilations do, in that it gets all the biggest single tracks in one place, and ignores all of the interesting detours that were taken along the way. Taken as is, EHAO is about as good a compilation of modern rock songs as you’re likely to find, but one can’t help but wish they’d had the devilish urge to include some of their most adventurous cuts in the place of their already well-known and mildly overexposed tracks.

Instead of the sexy strut of “I Turn My Camera On”, could we not have enjoyed the doomy catharsis of “The Beast and Dragon, Adored”? You could easily have replaced the springy, buoyant melancholia of “Do You” with the thunderous “WhisperI’lllistentohearit” from Hot Thoughts, a record that’s largely neglected on this disc.

Instead of their smooth, glossy cover of The Natural History’s “Don’t You Evah?”, could the set have benefitted more from the inclusion of their riotous, sexy cover of The Cramps’ “TV Set”? “Inside Out”, an ever-present fan favourite since its release on Spoon’s career-highpoint record They Want My Soul, would feature on any Spoon compilation – and rightfully so. It’s practically unimprovable.

Perhaps “The Way We Get By”, the now-legendary second track from the rather excellent Kill The Moonlight, could have been switched out for the opening track from the same album, “Small Stakes”. “The Underdog”, which owes its entire life to Ray Davies, could have been switched with the first track from their first album, “Don’t Buy the Realistic”, which owes its life to Black Francis. “Hot Thoughts”, Spoon’s Bowie-possessed, tightly-coiled dance-rock opus, is an unimpeachable choice, and necessary to any collection. It has a Scary Monsters sense of tightness, chrome-plated guitar and a roaring groove.

“I Summon You”, from the connoisseurs’ favourite record Gimme Fiction, could have been switched out for one of Spoon’s more fiery numbers, say “Knock Knock Knock” or recent live favourite “Do I Have To Talk You Into It?”

The final four selections, excluding the new track “No Bullets Spent”, are all essential selections. “Rent I Pay”, “You Got Yr. Cherry Bomb”, “Got Nuffin” and “Everything Hits At Once” are all songs that showcase the raw, primal power of Britt Daniel’s songwriting. “Rent I Pay” is ferocious, all jagged edges and lightning heat. “You Got Yr. Cherry Bomb” borrows from Blondie and Elvis Costello, to jaw-dropping effect – and here in the U.K. we haven’t suffered the misfortune of having that track ruined by its attachment to a Coca Cola ad campaign, as the poor folks in the U.S. have.

“Got Nuffin” is probably the only outside-the-box choice on the set. It’s drawn from a rather angry, aggressive little E.P. from 2009. It has an aftertaste of Queens of the Stone Age with a hint of The Stooges, and shows a different side to Spoon than had been previously seen. Its inclusion is refreshing. The title track, which opens the massively underrated Girls Can Tell, is another essential Spoon number. The only new track included here is the rather wonderful “No Bullets Spent”. However, the set really could have benefitted from any of those songs above being selected in its place.

The album is subtitled “The Best of Spoon”, and this is massively misleading. A better subtitle would have been “Some of the Best of Spoon”. A curious piece of trivia to note here is that in 2002, ABBA’s Gold was rereleased in mainland Europe with a second disc of deliberately obscure tracks that served to stoke the curiosity of listeners, encouraging them to dig deeper into ABBA’s criminally overlooked album tracks to look for gold. Spoon are no ABBA, but their albums are arguably every bit as strong – if not stronger, so it’s a shame to see such an opportunity not being fully exploited.