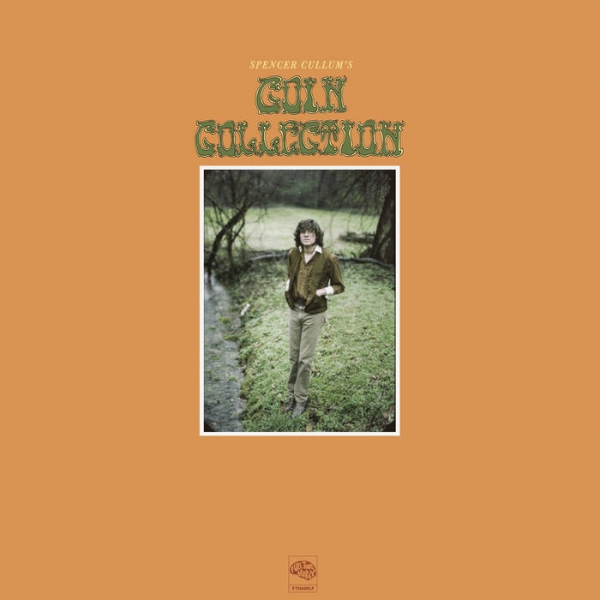 In music, the value of a good backstory shouldn’t ever be underestimated. Spencer Cullum’s origin story happens to be more intriguing than the average.

Having carved out a successful career in one of the capitals of US music (Nashville) playing one of the most characteristically American instruments available (country music's engine of teary heartbreak, the pedal steel), London-born Cullum has shifted through the musty, densely foliated back pages of vintage psych-folk, folk-rock and proto-prog from his homeland for inspiration for this thoroughly compelling solo debut.

With Cullum primarily in the spotlight behind the microphone rather than seated at his customary pedal steel, the ensuing heady broth is delivered with strong support from a cast of Nashville-centred top musicians (the title's Coin Collection, perhaps?) and duetting partners, including Caitlin Rose and Skyway Man's James Wallace. The outcomes hit a satisfying sweet spot between the exploratory, mind-expanded ends of US roots music traditions and the output of such acknowledged past UK masters of folk/rock hybrid as Fairport Convention and Sandy Denny. With flutes and wheezing vintage keyboards aplenty, there is a wonderful sepia-tinged feel to the proceedings, without the album ever coming across as a pure backwards-gazing nostalgia exercise.

With songs as instantly involving as the bitingly yet good-humouredly self-critical character study "Jack of Fools" (think of Pentangle's jazz-influenced swing with a hint of The Grateful Dead's "Bird Song"), it's a miracle Cullum has made do with playing on other people’s material for this long. Elsewhere, the whimsical yet seriously affecting "Seaside" hints towards the woozy playfulness of Kevin Ayers, while a sitar-peppered cover of "The Tree" by hippie era folk adventurers the Incredible String Band points towards the era, scene and aesthetic that has fed heavily into Spencer Cullum's Coin Collection. The positively spooky account of a haunted mind on "Imminent Shadow" is even more potent.

There's barely a hint of pastiche along the way (the motorik Neu! worship of "Dieterich Buxtehude" does seem like an odd if engaging detour in this primarily bucolic company, though) - and it's fair to say we're approximately one million miles removed from the cosy domain of Cullum's more mainstream employers ala Dolly Parton, Kesha and Little Big Town throughout the album. More please!