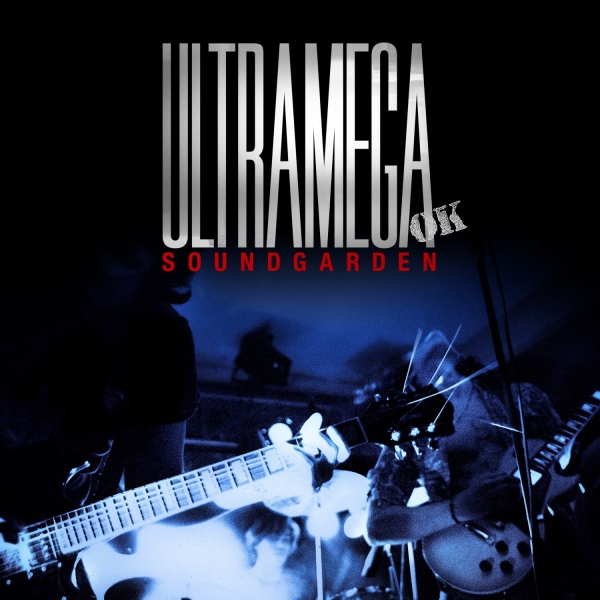 In March 1994, Soundgarden’s fourth album, Superunknown, debuted at number one on Billboard by selling a little over 300,000 copies. For comparison’s sake, five months earlier Pearl Jam’s second record, Vs., achieved the same feat by tripling that amount. Soundgarden were certainly a big deal, though not the biggest, within the grunge movement.

The band had finally found a cohesive sound on their previous outing, 1991’s Badmotorfinger, and were rewarded for strong (pop) songwriting when Superunknown came out three years later. Those killer singles and great deep cuts of later offerings didn’t appear out of thin air, however. Instead, Soundgarden had been rounding off the messy edges of their unfocused beginnings for years across multiple EPs and LPs.

Their first two releases - a pair of EPs called Screaming Life and FOPP released in October 1987 and August 1988, respectively - saw the band learning to crawl within the then-new, amorphous thing later called ‘grunge’. Writing songs akin to what they’d be known for began here in earnest. Yet, Life and FOPP are largely for completists and die-hards, only really worth one listen apiece.

Arriving only months after FOPP, Soundgarden’s debut long-player, Ultramega OK saw the band stand up and walk for the first time as songwriters. While they hadn’t fully synthesized the pieces of grunge - punk, metal, indie, and noise rock - into a coherent whole, they nonetheless were learning to play Tetris with them on the fly. The primary focus of this album, therefore, isn’t its own quality, but instead the nods to the quality songwriting that would come later. Ultramega, then, functions most effectively as a forecast of the band that would emerge in the ‘90s.

The chiming acoustic guitar chords of “Mood For Trouble,” for example, hint at the straying from riff-based songs on 1996’s Down on the Upside. The same goes for the punk stylings of “Circle Of Power” and “Head Injury,” precursors to Superunknown’s “Kickstand” and Upside’s “An Unkind” and “Never Named”. And “Incessant Mace” is an early attempt at the psychedelic thunderstorm experiments (and a place for guitarist Kim Thayil to show off) of longer songs from Badmotorfinger and Superunknown like “Searching With My Good Eye Closed” and “Limo Wreck”.

Ultramega also featured Chris Cornell’s trademark quasi-nonsensical dreamscape lyricism, though here it’s half-baked: “Corralled like a cat/ With my head in a sack/ And I feel like I'm tied to a railroad track” from “All Your Lies” and “I don't care if it tastes like poison/ Rip the legs from the thighs/ Feed the prison, save the eyes” from “Nazi Driver” are among the many examples of head-scratching jabberwocky to be found.

Despite the album largely being an historical curio, this reissue offers two worthwhile reasons to check it out. First is the new mix by Jack Endino, a project he started during the Ultramega OK sessions but never got to finish until now. While the original version of the album may be preferred by Gen-X’ers, Endino’s work scrapes away the dirt and polishes these tracks, and his effort alone makes the album worth buying (again). Everything’s been cleaned up and beautifully balanced, and it’s for the better; the engineering is so good, in fact, it actually elevates the songs themselves.

The other noteworthy item is the collection of six demos included with the album. Dubbed the Ultramega EP, it features early versions of tracks from OK including “Head Injury,” “Beyond The Wheel,” and two versions of “Incessant Mace”. While nothing here is all that revelatory, it’s still fun to watch the band tinker with their songs (like the radio-friendly opening of “He Didn’t” or the bass-heavy mix of the “All Your Lies”) as if you’re hearing their whole career in miniature.

Which brings me back to Ultramega OK’s place in history. While an overall uneven effort (largely because Cornell hadn’t yet replaced Thayil as the primary songwriter), Ultramega OK is nonetheless an important part of Soundgarden’s past. It’s not their best effort, or even top three, but it’s a fascinating listen regardless. After all, how often do you get to hear history write itself right before your ears?