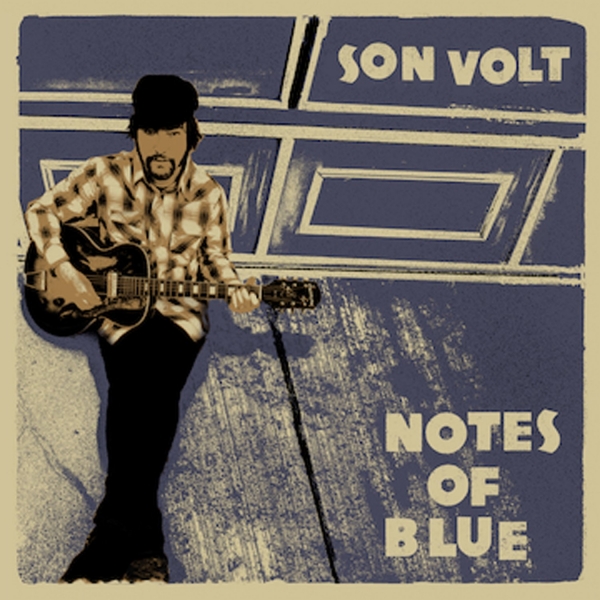 Jay Farrar’s output over the years, be it with alt-country innovators Uncle Tupelo, as a solo travelling troubadour of sorts and of course with various incarnations of Son Volt have much in common.

That his dustbowl laments are all from the same authorial voice - a kind of post-Guthrie half-Beat, half-blue-collar everyman, constantly pitted against an uncaring world - isn't in question, yet what strikes most clearly and consistently through his work is a harking to the past, a longing for times long gone; musical styles kicked out of fashion; barrooms long burned to the ground.

On Notes Of Blue, Farrar dips deep into his well of old-school influence and returns to us with a mixed-up, muted kinda message that concerns itself a little too often with tone and timbre rather than with melody and clarity, sometimes to its detriment.

While the Harvest Moon-era Neil Young steel pedal of opener "Promise The World" indeed promises much, we're stuck with pedestrian lyrical observations - "There will be hell to pay / Light after darkness, that is the way" intones Farrar over Jason Kardong's sweet notes. It's always great to hear Farrar's halting, haunting voice champion the underdog but there could be a touch more commitment to the expression.

"Back Against The Wall" tells a similar story as the title indicates; "There will be times of injustice...with this back against the wall I will soon be revealed". Farrar offers some alarmingly pertinent empowerment - and its semi-religious imagery and powerful chorus make for a memorable if earnest anthem that, melodically, harks back to the dazzling "Dynamite" from 2009's excellent American Central Dust.

Elsewhere there is the frankly wonderful "The Storm", on which an utterly beautiful ,beguiling, Kozelek-like melody moves around a none-more-trad structure with grace and sweetness despite its stoic, sad eyed sentiment. The line "Spent all my money on whisky and women / Been in this storm so long" is set against the always doomed idea that "When I get to California I'll be fine."

This pairs well with "Cairo and Southern", a moving, sparse and delicate creation sprinkled with Mark Spencer's barely-there piano and provides some cushioning against the more throwaway likes of "Static" (best described as a "chugger") and the basic blues rock of "Lost Souls".

While the hardly shifting blues of "Midnight" shimmers like a Lynch theme, "Cherokee Street" stomps out the most aged of riffs while Jack Edwards offers a kick drum beat to hold the unreconstructed storm together - Farrar's guitar furious and unbridled even as his voice hesitates to commit.

This is a record with a clutch of great and graceful moments sometimes marred by myriad cliché and slavish adherence to tradition and conservative construction. Yet that's what Farrar has always been about - folk tales strung out over the sounds of the past like pylon wires; sometimes the electricity is there, and when it is it connects deeply, but when it doesn't it's hard to see past the banality of its structure.