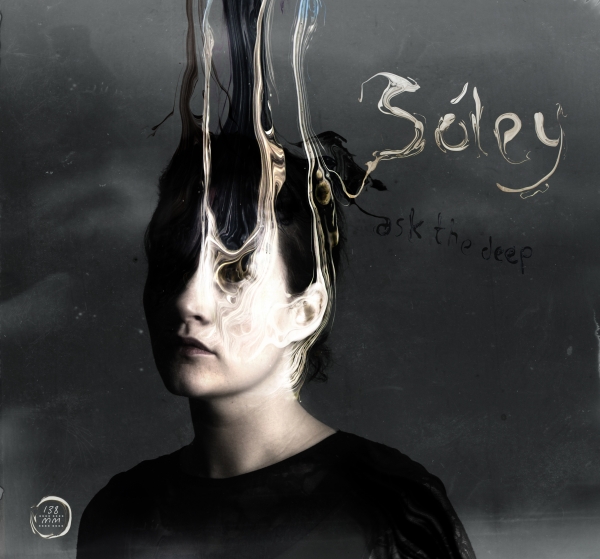 The days are getting longer, the animals are frolicking in the hedgerows and the optimism of the new summer season is filling the air. Ah, yes, the long darkness of winter is far behind us, but if her new album Ask The Deep is anything to go by, it doesn’t seem like Icelandic multi-instrumentalist sóley got this memo. But judging by the visceral nature of her songs, I doubt she would have paid any attention if she did.

Perhaps it has something to do with the fact that the country’s capital city has roughly the same population size as Norwich, but Iceland has what could safely be described as an incestuous music scene, and Sóley Stefánsdóttir, who performs without the addition of her patronymic name, has a been a big part of it for a while now. Having played in the now cult band Seabear before making the transition to a solo artist, she still plays keys for fellow Icelandic cohort Sin Fang and also produces compositions for stage plays and the occasional puppet show (seriously). Her classical piano training has always been showcased in her off-kilter pop with the aid of her trusted loop pedal and longstanding backing drummer and guitarist, but Ask The Deep sees Sóley’s omnipresent macabre side presenting itself with renewed vehemence.

If you thought you were in for an easy ride, album opener “Devil” will soon put you straight. The moody piano refrain ushers in Sóley’s inimitable vocals that repeat the line “It’s never sunny anyway” before the track bursts into an indie drum n’ bass backing that could have been lifted from the vaults of entry level Björk. But the overall tone is an unsettling Hammer Horror show that will put you on the edge of your seat… for the right reasons.

Recent single “Ævintýr” is as uplifting as it is pensive and the track showcases what Sóley does best - delivering tightly wound compositions awash with sinister lyricism. The lyrics throughout this album hark back to a traditionally macabre narrative style readily present in Icelandic culture, and you get the impression Sóley is trying to push this aesthetic into the here and now. This approach definitely works - who couldn’t be captivated and creeped out in equal measure in the face of a song about a person being buried alive without any eyelids? The essence of the songs like “Halloween” and “Follow Me Down” ignite like a fairy tale in reverse - there is no happy ending, but the fluttering beats and etherial piano refrains also infuse the tracks with an innate optimism. It’s got to be a tricky balance to get right, but Sóley manages to draw you into her world giving you a warm embrace with skeleton hands.

The optimistic side of the music shine through towards the end of the album as the fog lifts to reveal “Dreamers”, a slow build of a track saturated with cyclical piano and synths, all of which layer up to to create a mountain of quixotic charm. Album closer “Lost Ships” sees Sóley return to the more simplistic territory found on her early Theatre Island EP as the narrative lyricism and straight forward piano refrain is delivered with an unflinching spookiness.

Whilst the songs on Ask The Deep aren’t as immediate as those on Sóley’s previous output, the knack for creating introspective pop is ever present, and that’s kind of the whole point. The emotion is raw and never shies away from bubbling to the surface. But Ask The Deep is just as capable of pulling you under with the weight of its melancholy heft, and these emotional depths prove to be the most rewarding.