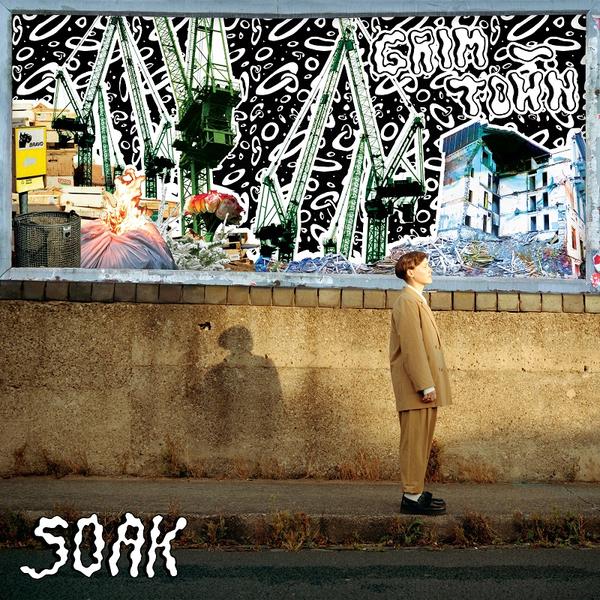 Continuing to draw upon formative experiences of growing up in Northern Ireland for inspiration, Bridie Monds-Watson, alias SOAK, proves undeniably consistent in undercutting inoffensive sheen with introspective lyrical bite. In this respect, Grim Town flaunts a maturity of intention and execution, gravitating beyond an endearing, if cynical, Mercury Prize-nominated debut to forge a peppy twee sound wrought with tight-paced momentum and spontaneous inflections; rarely lapsing into glacial complacency.

Despite the disaffected mundanity that the album title suggests, Monds-Watson renders a cathartic psychological space with a tacit optimistic veneer. World-weariness reigns on lead single “Everybody Loves You”, with the refrains of “I was built from concrete / Cos I don’t hurt no more” subverting the upbeat surface revelry with a latent emotional detachment. While the Primitives-esque jangle pop of “Maybe” and “Knock Me Off My Feet”’s bubblegum frivolity prove tight examples of the musician’s transgressive aptitude. Elsewhere, ruminative piano-based ballads and pared-down acoustic fare recall the spirit of contemporaries such as Phoebe Bridgers and Feist, particularly on “Crying Your Eyes Out” and “Fall Asleep, Backseat” respectively. Subtle sax intonations and understated synth lend further sophistication, embracing a fluid, less overt, approach in the process.

SOAK channels resignation and self-reflection through a dulcet, often wry lens; a wistful, tonally ambivalent dynamic which underscores the fifteen-track album length. This ability to traverse a broad gamut of styles and emotions betrays a scope lacking on Before We Forgot How To Dream, with the artist evolving to incongruously couple shimmering charm with a fatalistic sense of reality. The interplay of frayed confessional tenacity with pristine production polish reinforces this ambiguity, a tension that secures this as a confident follow-up to an acclaimed 2015 breakthrough.