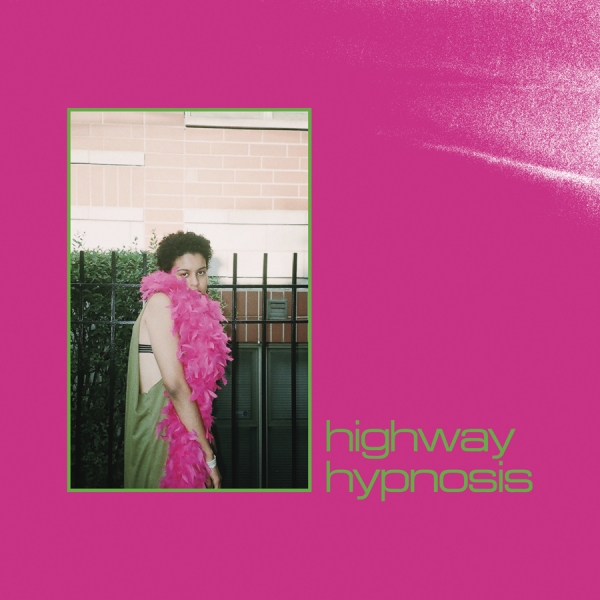 Do you remember the first artist that made you feel really, truly badass?

We've all got one. Sometimes swagger can be just a trick of the mix: a blistering guitar solo or a throbbing sub. But sometimes it bleeds from artist to listener: all the Grace Joneses and Beyonces of the world wrapping us up in their leathers and shades, and turning our gum-stuck pavements into catwalks and red carpets.

Bass-wielding DC native Sneaks - aka Eva Moolchan - has that kind of power in spades. Simultaneously the gauche nerd and the detached Cool Girl, she wears herself with pride and fervour, encouraging you to do the same. Her third album, Highway Hypnosis, continues a career fashioning freaky, 80ish-bpm electro: a sly and sultry collection made to roll hips and eyes to.

Whilst there's a smattering of lo-fi punk in here, the core of Highway Hypnosis' super-slick compositions reference a spectrum of dance music. "Addis" has shades of dub-reggae in its walking bass; you can hear early-DMZ dubstep in single "Beliefs"; "Hong Kong to Amsterdam" has the barking-dog repetition of Chicago footwork. Each of these nods is discerning, the mix crisp and uncrowded: Sneaks worked with Tony Seltzer (Wiki, Princess Nokia) on some of the cuts here and his tight, New York underground sound peeps through. For such economic arrangements, they also carry a lot of melodic pay-off: "Cinnamon", for example, is sample, drum and vocal-only until the 40-second mark, where a gorgeous sine bass slips in and gives everything a sudden, immense depth.

Over this minimal rock-bed, Sneaks' takes up a lot of space. Her DC accent gives her tuneful but loose delivery real edge: a little No Wave, a little riot grrl. Also a little silly: lyrics – when intelligible – jumble up themes of school yard games, flirtation and alienation. In the double-tracking you can catch snatches of giggles and back-chat.

Standout tracks are those where the production emulates this playfulness: "The Way It Goes" opens with Sneaks howling like a wolf and then boasting about her skateboard skills ('Take me to a skate park, let me show off my moves, I can Ollie, I can do a 1-80...') over a break-smattered blast of rave samples and orgasmic cries. "Suck It Like a Whistle" – screaming to be the album's next single – is a left-field come-on song with beautiful bouncing mallets, Sneaks' lyrics snaking their way around the track's titular euphemism. Highway Hypnosis is frequently sexy, but Sneaks' expression of that sexuality is hard-owned: innocent in places but never coquettish, awkward but also undeniably in the driving seat. Her confidence rubs off like lipstick.

Perhaps the only disappointing thing about Highway Hypnosis is its brevity, with not one song reaching over the three minute mark. You could see this as a failure to let the songs truly fly, but, regardless, it ensures the LP's selection of knock-out tracks gets stuck on repeat – a selection that's arguably her finest to date.