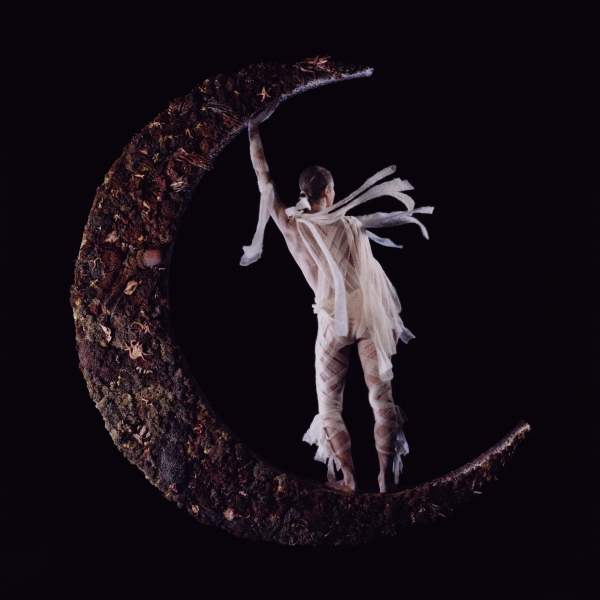 Listen to Smerz’s first two EPs, Okey and Have fun, and you’ll find yourself in the dimly lit world of distorted, room-rattling nonchalance that put them on the avant-pop map.

From the footwork-fueled corners of Copenhagen’s techno scene where those records took root, their debut album Believer takes flight, carrying the duo north to plumb the rich history of their native Norway’s countryside for a shapeshifting journey that forms a new lore all their own.

Touching on Northern European chamber, opera, and folk traditions as they steer through a minefield of club-ready moments, Catharina Stoltenberg and Henriette Motzfeldt have created a sonic topography that thrives on paradox - it’s a disorienting pleasure to navigate.

Opener “Gitarriff” is a case in point: gentle chimes shimmer for almost a minute before they’re flattened by a sinister bass guitar, behind which we eventually hear a moaning chorus of strings awaken as if from a cryogenic slumber. From there, an ensemble of violins, cellos, and harps is ever-presently lurching and weeping around the rest of the record, molding its ineffable sound in the process.

This expansive landscape becomes unexpectedly fertile ground for the pair’s vocal affectations. From their signature deadpan on “Rap interlude” and “Grand piano” to operatic territory on palate cleansers like “Versace strings” and “The favourite,” each distinct mode of delivery supports a consistent lyrical theme: emotional vulnerability in contrast with their home country’s culture.

This they reveal through potent snippets of intimate conversation; “I wonder if you ever wonder about me,” we hear on “I don’t talk about that much,” a track indebted to the polyrhythms of the centuries-old Norwegian folk dance hallingdans. “Believer,” the album’s title track, comes with a video in which Stoltenberg wanders through a moonlit tangle of shrubbery evoking rural Norway, sending lines like “All my big dreams have been lost for some time” into the night until she notices Motzfeldt perched on a crescent moon in the sky. By the end of the sequence, the former has summited a rocky peak into the latter’s sight line and the two lock eyes—above all else, they’ve found each other.

It would be reductive, however, to summarize the record’s message so neatly. Beyond the title track are a multitude of choices that resist straightforward interpretation; in “Sonette,” a tender confession (“And this is how I tell you / that I get so scared”) flutters into a wonky brigade of marching drums at the start of “Glassbord.” In “4 temaer,” a near lullaby of tiptoeing piano bleeds into a dizzying vortex of galloping synths on “Hester,” which builds layers of spasmodic screeches to a climax marked by a single alarm-like tone—it feels like you’ve emerged in a sweat from an acid-soaked Gaspar Noé montage, and yet you can’t wait to do it again.

In tracing the genesis of these emotional peaks and valleys, the path invariably leads to Smerz’s monthly NTS Radio show, where they’ve showcased a studied and diverse approach to their listening habits. In recent editions of their hour-long segment, they’ve spun everything from Franz Schubert’s Die schöne Müllerin D. 795 to early Enya to Cassie. Worthwhile nutrition for any artist, but especially for two who have made a record so singular in its commitment to experimentation.