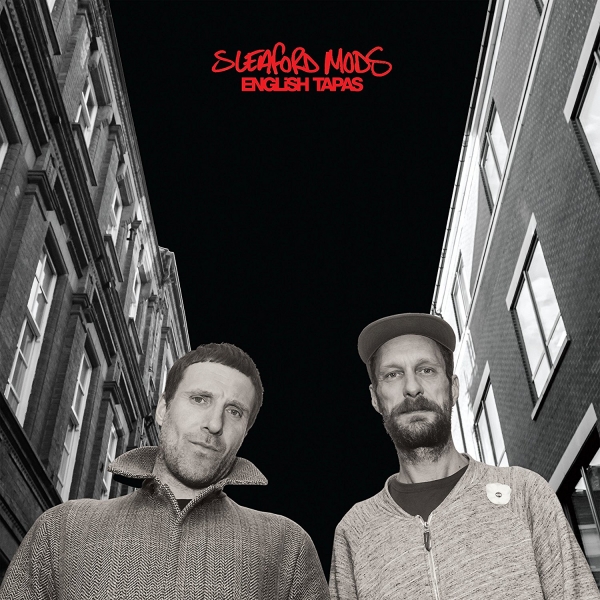 When Steve Albini declared Sleaford Mods as “the greatest band in the world” on the closing night of this year’s Primavera Sound in Barcelona, one couldn’t shirk the sneaking suspicion that he wasn’t wrong.

Three months’ prior, the Nottingham pair’s seventh latest album, English Tapas, was released and posed a perfectly pissed-off riposte to both fence-sitters and detractors alike. From its impossibly earworming opener “Army Nights” to swaggering takedown “Moptop”, it burst forth as a masterfully unimpressed chronicle of the unbearable shiteness of being. Filtered via Jason Williamson’s remarkable grasp of post-Brexit banality, Sleaford Mods once again unironically relayed the unspoken quirks and inexplicable small print of the everyday as the ultimate peak of intrigue.

Better still, though still skeletal platforms upon which Williamson’s diatribes danced, Andrew Fearn's compositions seemed notably less ad hoc of yore. Strain your ear a little and you’ll note the finesse in his slew of subtle bass and drum machine pummels on peaks including “Messy Anywhere”, “B.H.S” and “Drayton Manored”, an outright highlight featuring the immortal refrain "a trip to Spar is like a trip to Mars”.

Sealing the deal was just how impressively Williamson and Fearn presented a release that fared caustic and self-aware in equal proportion. Though their takedowns aimed straight for the jugular, the pair also held up a squeaky clean mirror to themselves, too. Beyond Fearn’s horde of burrowing hooks and Williamson’s blitzing lyricism, therein lay its power. More than any other album this year, English Tapas offers up an unquestionably British but universally transferrable proposition: everything’s a bit shit, but like it or not, we’re all in this together. Let’s dance.