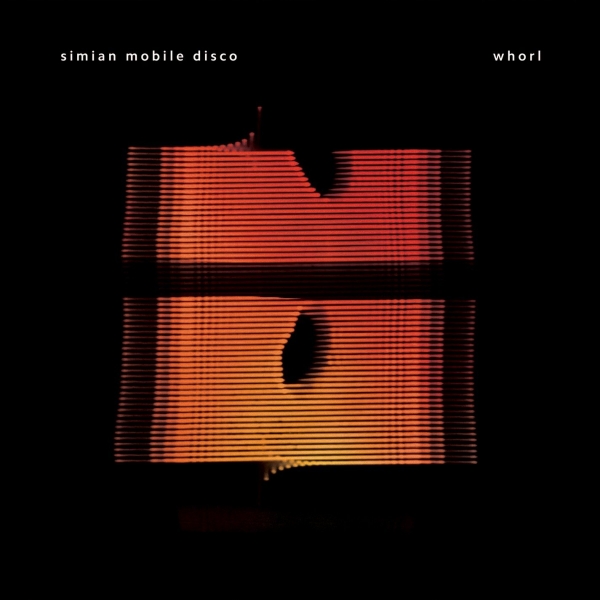 Simian Mobile Disco’s “Tits and Acid” was for a very brief time a pounding anthem for pockets of the mid-to-late noughties. If the London duo’s earliest material soundtracked neon jeans and 3-for-2 deals on cheap pills at club nights that no longer exist, their latest, Whorl, feels intended to be a contemplative and gentle comedown.

James Ford and Jas Shaw recorded all of Whorl live in the Mojave desert in California to a crowd of 900 people using only a couple of modular synths, a few sequencers and a mixer. As a result there’s nothing here that’s going to be a floor filler, but that’s clearly the point: instead Simian Mobile Disco have experimented with delivering an experience. Sometimes it pulls the listener in and at others that tricky sense of immersion is thoroughly broken.

For artists that cut their teeth on large, chunky productions it’s perhaps surprising that the highlights are when Whorl embraces prog-like, swirling synths and allows itself to be indulgent. Opener “Redshift” evokes quieter, ambient moments from Coil - high praise - while the psychotropic, spacey billowing of “Dandelion Spheres” delivers weird but warm isolation.

But some tracks are milked for all they’re worth, pulled apart and stretched out when a couple of minutes would do. “Hypnic Jerk” veers too close to mid-tempo, shpongly psytrance for comfort, and the background trip-hop of “Nazard” gets cringe receptors firing. “Calyx” is a tokenistic take on something with a steadier beat, and at over seven minutes long it leans towards tiresome. Sections that touch on more traditional dance-y elements tend to meander.

Considering Simian Mobile Disco’s heritage, it’s refreshing that the most appealing parts of Whorl are when the duo abandon exactly the musical nuances they’re known for. At the very least they should be applauded for exploring new territory, even if the overall record is not entirely satisfying.