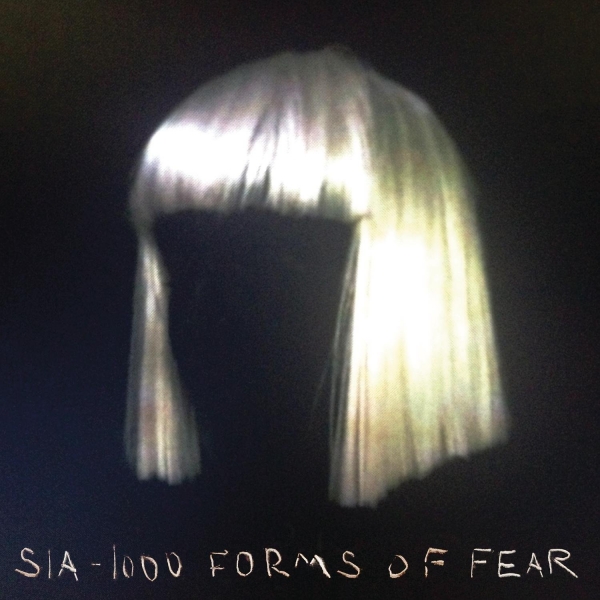 After four years of writing towering hits for some of the biggest stars in modern music, Sia is cautiously poised to claim some of the pop spotlight back for herself, but only on her own idiosyncratic terms. From the shadowy vacancy of the album cover for her dynamic new record, 1000 Forms of Fear, to the eccentric performance art promotion for the album—featuring unconventional interpretative dancers (and even Lena Dunham), but not Sia herself—she is an artist embroiled in a constant struggle between tentatively revealing her true self through her songs and removing asmuch of herself as possible from the creative process.

Following the international success of her 2010 album, We Are Born, along with some high-profile collaborations with Zero 7, David Guetta and Flo Rida, Sia retreated from the public eye to deal with some personal demons and instead focused her creative efforts on writing songs for other artists and producers. The results brought Sia plenty of behind-the-scenes acclaim and accolades, as well as bona fide smash hits for the likes of Beyoncé, Rihanna, Britney Spears, Katy Perry, and numerous others. Sia became a certifiable commercial force in the music industry, despite her personal reluctance to pop stardom and increasingly enigmatic behavior.

All of Sia’s past songwriting success along with her distinctive quirks—famously wearing a paper bag over her head for the cover of Billboard magazine and refusing to tour or do interviews in support of her new record—certainly serves as fresh and fashionable promotion for 1000 Forms of Fear, whether she wants it to or not. But as soon as the massive, irresistible chorus of “Chadelier” kicks in, those concerns are readily dismissed, as Sia’s swelling vocals provide a candid glimpse into her self-destructive, addictive past—““Keep my glass full until morning light, ‘cause I’m just holding on for tonight”—and cagily inscrutable present.

Anyone familiar with the songs Sia has penned over the past four years is going to find plenty of that same pop formula on display throughout her new record. The glossy production of Greg Kurstin (Pink, Teegan & Sara, Kelly Clarkson) consistently builds towards crescendo-fueled choruses that release Sia’s creative tension as well as her impassioned, piercing vocals. She is intentionally guarded about how much she reveals to us through her lyrics, with many of the verses tantalizingly unintelligible until the rousing singalong chorus. But despite the shimmering sonic gloss of much of the album, there is still plenty of heart and vulnerability hidden within these buoyant anthems. You get the sense that Sia kept these songs she had written solely to herself—instead of her recent tendency of shopping them out to other singers—simply because she bared too much of her soul and her story within them.

“Big Girls Cry” flips the script on the classic Four Seasons hit, updating it for modern women who aren’t afraid of expressing their own emotions, and feel that there is no shame in wearing your heart on your sleeve. “I don’t care if I don’t look pretty/Big girls cry when their hearts are breaking,” Sia sings as the passionate track takes flight. She paints a revealing image of a contemporary girl who is made strong by admitting to her fragility, and empowered by her pain simply by owning it and turning it into art. The strains and intensity of present-day relationships course through much of these songs, as the ultraviolence of “Straight for the Knife” and “Fair Game” both illuminate how those who are the worst for us can be the hardest ones to leave behind.

Sia’s smooth, textured collaboration with The Weeknd and Diplo, “Elastic Heart,” anchors the strong start of the album’s second half, and will at once be familiar with fans of the soundtrack to The Hunger Games: Catching Fire. Sia has repeatedly crossed genres to work with musicians outside her stylistic comfort zone (if she even has one), and once again her creative instincts prove to be entirely on the mark, as this unlikely partnership works. “Free the Animal” only builds on that dark potency, as the bubbling arrangements give way to threatening lyrics that elucidate the fine emotional line between love and death, while also giving a nod to David Foster Wallace’s literary tome, Infinite Jest. Not the type of heady reference typically found in most dancefloor pop jams.

“I had given up, I didn’t know who to trust/So I designed a shell, Kept me from Heaven and Hell,” Sia sings revealingly on the darkly optimistic closing track, “Dressed In Black.” Thankfully Sia returned from that desolate abyss, and has now grown comfortable enough with her creative gifts to share them directly with us, as her resonant voice is soaring once again. 1000 Forms of Fear is a anguished pop album for our uncertain times, crafted by an artist who is conflicted and torn by her celebrity as well as her vulnerable heart.