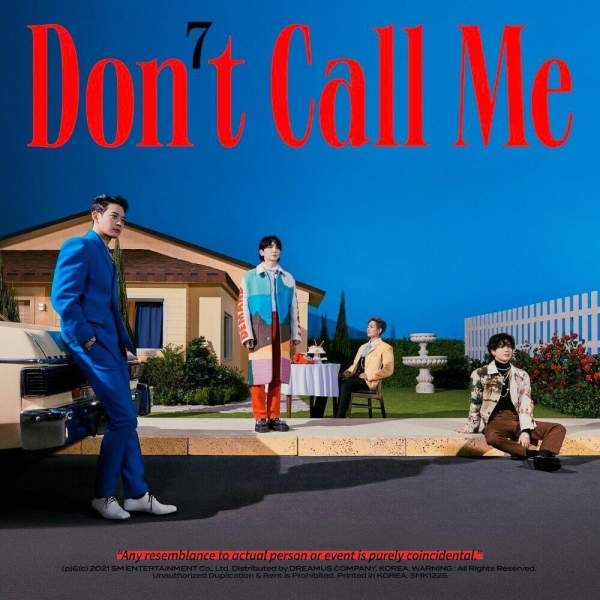 SHINee, since their debut over 13 years ago, have never been tied down to one genre. Their legacy is one of reinvention, and of paving the way for new sounds and concepts across the kpop industry – what SHINee does for their comeback inevitably sets the trends for the following year.

They have tried – and pulled off – just about everything, from the slick R&B of "Replay" to the summery house of "View", to the disco throwback "1 of 1". And yet there is somehow still a distinct SHINee colour that runs through their discography - something that you can’t pinpoint, but you know it when you hear it.

On Don’t Call Me, the group – as ever – claim new ground. The title track is the most overtly hip-hop song they have ever released, with Minho and Key delivering fast-paced, frustrated raps designed to pack a punch. It is, on the surface, akin to the in-your-face style that has become increasingly popular in k-pop during their two-year absence – but beneath that is something unique to SHINee. The piano-led bridge highlights the members’ impressive, intricate vocal abilities – particularly those of their leader, Onew, and their youngest, Taemin – but more significantly show off how special they sound together. Their voices, personalities, and musical styles – evident in each member’s ever-growing solo endeavours – are vastly different, but rather than this being a hinderance they use this to create something entirely theirs. Many will try to follow their footsteps, but SHINee cannot be replicated.

The b-sides are more subtle than "Don’t Call Me", and revisit various SHINee eras with a fresh perspective. "Heart Attack" and "Attention" are reminiscent of 1 of 1’s vibe, but slicker and more mature. They are joyful, playful odes to romance and “dancing around each other”. "CODE" has the house production of "View" but with a darker twist, and "I Really Want You" could easily find its place on 2018’s The Story of Light. It’s a crying shame that the current situation doesn’t allow for concerts or even for fans to attend the group’s promotions, because these songs belong to the bright, bouncy space of a SHINee concert.

"Body Rhythm" is the most uncharted ground for the group, a reggaeton influenced track that is thrilling for the senses and gets delightfully stuck in your head. But it’s the album’s closer "Kind" – or "빈칸" meaning "blank space" – which stands out the most. Taemin explains that it is for “the person who is by your side when things are tough”, and who fills in the blank spaces in your life. It is hard not to think of the bonds shared between the 5 members, whose lives have been inextricably intertwined for so long and who together have experienced both great joy and immense heartbreak. The song’s English refrain, “you always know, always know”, speaks to the experience of being truly understood without having to say a word – in Key’s soft vocal you can practically see the fond, sideways glance at his members, feel a depth of sincerity that gives you goosebumps. Reading the Korean lyrics almost feels like intruding on something private, too tender in its expression of “shaky seasons” made warmer, steadier by each other’s presence to be so publicly shared. It’s a precious moment, one that leaves you feeling warm long after the album has finished playing – that is, if you can stop yourself from immediately listening again.