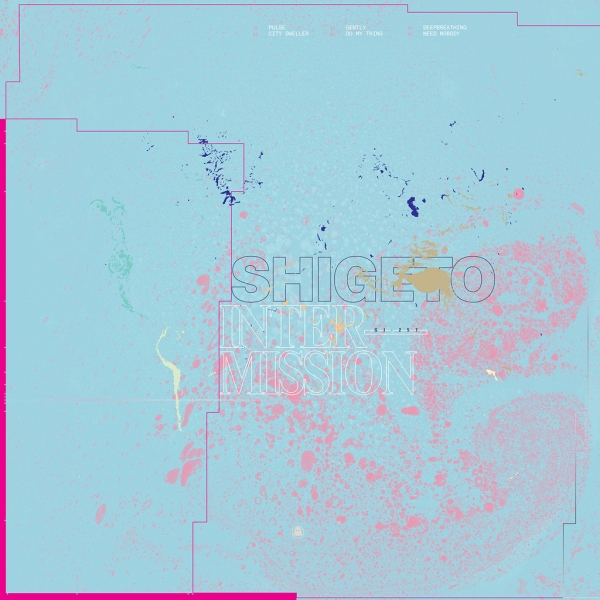 It’s been a while since we had a dedicated release from Zach Saginaw’s solo project.

Over half a dozen years Shigeto, has tweaked his headphone electronica, pulling in jazz, hip-hop, his ear for texture and ability on the drums to create inimitable midnight bedroom bliss. With the Intermission EP, Saginaw has taken everything his previous works brought him, boiled it down, and left only the choicest elements from which to spin the intricate bedroom symphonies he’s best known for.

Intermission is opened by “Pulse” - a seven-minute slow-builder that harks back to “Detroit pt.1” whilst tightens the emphasis on rhythm to get headphone-encased heads bopping. A brilliant use of shavings of samples - sharp breath, half a syllable, wrapped around a dark, entrancing track made of Saginaw's trademark percussions, earns its spot amongst Saginaw’s best work.

For many Intermission will be a welcome return to this side of Saginaw’s music. Outside of solo LPs, his last project was with Dave Douglas on High Risk – an improvised jazz album with Shigeto’s electronics sewn in. This recent taste in improvisation isn’t hidden on Intermission but, for the most part, plays second fiddle to the path already laid from 2013’s No Better Time Than Now. However City Dweller’s featuring of jazz pianist Ian Finkelstein is the exception – percussive stutters over cascading keys leave enough space for Finkelstein to find his own melodic path. Whether it’s over too soon, or not soon enough, probably depends on which of the aforementioned releases you prefer.

Outside the relative intensity of “City Dweller”, sample-heavy “Do My Thing” and “Pulse”, “Gently” and “Deep Breathing” provide musical sorbets between the action. It’s some of the softest production Saginaw’s put out before, and is a welcome break on the tightly-spun ep. But the most detached from Saginaw’s usual output is also the ep’s conclusion: “Need Nobody” is a haunting take on Shigeto, and the only electronic track you’ll need to play this Halloween. Groundislava-esque wobbling synth, like something you'd hear on an old Castlevania game, accompany a rougher than usual rhythm and dark Kid A-esque distorted vocals. Proof if anything that Shigeto can twist any corner of electronica to his method of production; yet still keep it sounding very much his own.