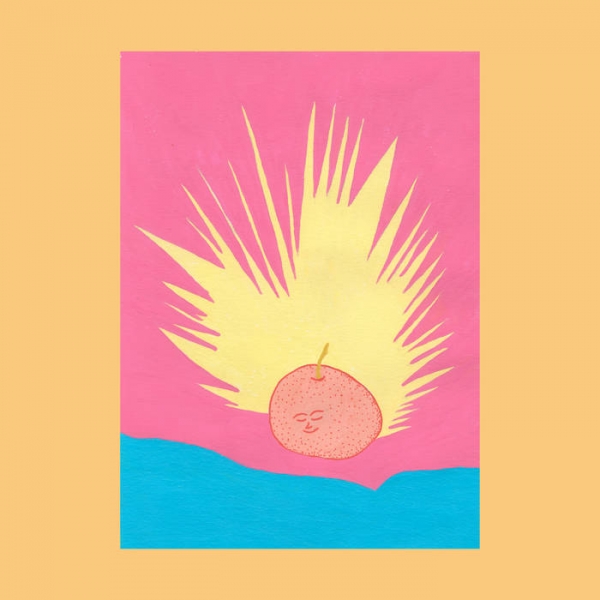 Chilean-born, Bristol-based DJ/producer, Shanti Celeste, has established an impressive reputation on the back of a smattering of club bangers and EPs. Now, she rides out the year with her long-awaited debut LP, Tangerine.

Coming via Peach Discs, the label she co-runs with friend, Gramrcy, its ten tracks meld a world of techno-driven cuts, showing Celeste as an artist who isn’t confined by the genre’s constraints or expectations, but more so a shining paragon of what it can progress towards. Throughout its electrified latticework of shuttering techno and ambient interludes, Tangerine nods towards a select few artists who are re-shaping dance music. Celeste may just have added her name to that list.

This list is ever-growing. We’ve seen the tour de force of Kelly Lee Owens swoop in and transform club culture, Glasgow’s Nightwave and her take on scintillating techno, and producers like Bryan Müller (aka Skee Mask) positioned as a golden standard. Celeste now inches her way close to the likes of these talents with her thoughtful amalgam of traditional and modern techno. Tracks like “Infinitas” crawls with alien transmission and bustling, rhythmic thuds, but even as she hones conventional methods

Throughout Tangerine, Celeste delves far into the anomalous. We hear this with tracks like “May the Day” and “Natura” – both calmer interludes to Celeste’s more denser moments. “Natura” stands as the LP’s shortest at only a minute and a half – a track that envisions the sacredness of retreat. Its haloed vocals swirl and emanate to and from while its silvery electronics steadily blip and pluck away. “Slow Wave” shares a similar quality, too, with its hazy waver, but as Celeste chooses to separate Tangerine from more middle-of-the-road endeavors that hinder the genre, her ability to transition to club-fueled cuts at the snap of a finger remain absolute. In her inventive approach, we see Celeste never overreaching or settling, but rather organically melding an array of styles into one unified piece.

The sunny “Aqua Block” rollicks with wispy effects; a track that effortlessly soars while “Sesame” likely stands as the LP’s best track. From its chic IDM influence and dense, bassy wallops, its infectious groove makes for the LP’s strongest and most authoritative offering. But even as Celeste achieves dance floor anthem status on Tangerine, she constructs these moments rather thoughtfully, never once venturing into areas of trite cliché where build-up-and-break models are the go-to standard.

The bewitching “Voz (Instrumental)” harks slightly to “S.O” from Kelly Lee Owens’ debut – particularly its flow and arrangement varieties. But even while it’s difficult not to place Celeste’s music alongside her peers, tracks like “Want” unfold in a timeless manner. It’s a song that sounds like a lost and forgotten house gem, one that could have easily slipped under the radar and into the hands of Jeremy Fichon’s notorious vinyl-only label, My Love is Underground.

“Moons” closes Tangerine out as the LP’s most haunting cut. With oscillating static that sounds like embers crackling and succumbing to a fire, its core is backed with distant, angelic synths that sometimes feel a mile away. But Celeste works her magic on “Moons” – what’s seemingly a straightforward track is met by her ability to manipulate its frequencies as she bends and submerges sound. It’s these types of minor shifts that essentially blossom into grander moments and ideas that’re found tucked inside’s Tangerine’s bulk, and this is largely what sparks a lot of its intrigue. Here, we observe Celeste widening her scope by lessening it, capturing new forms of light as a nascent force – one who has quickly catapulted her name into the stratosphere of what it takes to rebrand and revolutionize the club.