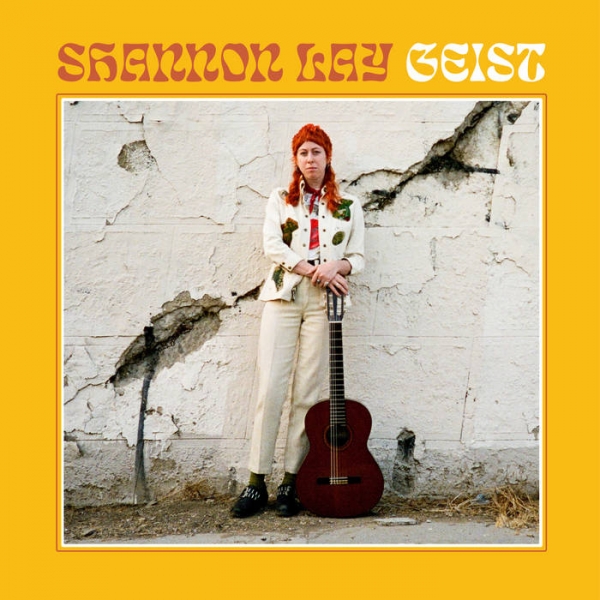 ‘’Have you always been who you are?’’, Shannon Lay enquires on “Rare to Wake”, the first of the ten perfectly formed, deceptively simple hymnals that make up Geist. In the California resident’s case, the answer is most likely a resounding no – musically speaking.

This stunningly assured, profoundly beautiful mini-masterpiece (follow-up to 2019's acclaimed August) is pretty much the polar opposite of Lay’s background in L.A’s punk and noise-rock circles (most notably as a guitarist for Ty Segall’s Freedom Band). These unhurriedly drifting, dreamy yet sturdily built songs (centred on Lay’s finger-picked nylon-stringed guitar and clear, languid vocals) could probably be described as indie-folk. However, the images of bearded gentle-folk cooing softly about sub-Bon Iver heartache that shorthand is likely to conjure undersells the gradually accumulating, hypnotic pull and quiet majesty of Geist massively.

The multitracked, call-and-response one-person choir and sparse acoustic reveries of “Rare to Wake” bring to mind Linda Perhacs’ 1970 cult classic Parallelograms, and through that the contemporary psych-folk practitioners it went on to inspire. The haunting closing instrumental “July” carry a whiff of the autumnal vibe of Nick Drake. A superb cover of Syd Barrett’s “Late Night” (a seamless fit with Lay’s own material) nods towards Lay’s involvement in psych-rock sludgelands.

That said, Geist pulls off the impressive feat of nodding openly towards vintage inspirations whilst also sounding resoundingly distinctive, simultaneously timelessly classic and very now, ethereal yet intense. The secret must be in the songs. The uncomplicated beauty of, say, "Sure" (a hymn for much longed-for love) initially sounds unassumingly plain, and hushed to the point of threatening to evaporate altogether, almost as if the musicians were performing whilst trying their very hardest not to wake up a sleeping baby.

Deeply alluring depths soon appear. The sparsely administered additional ingredients – stand-up bass, mellotron, Ty Segall popping in for uncharacteristically graceful solo on "Shores" - gradually float towards the surface, too. Ultimately, Geist is an acutely affecting testimonial for economy and precision in songwriting and delivery: It's highly unlikely there will be a more transcendental moment in song in 2021 than when the seriously cosmic keyboards (keyboardist Ben Boye is listed in credits as a 'dimension revealer': an apt description) shift the title track's warm tenderness to woozier domains suggesting prime 60’s mellotron-powered freak-outs. And when a hint of ominous goings-on appears on "Untitled", it makes the first-rays-of-morning-sun beauty that surrounds it seem even more startlingly graceful.