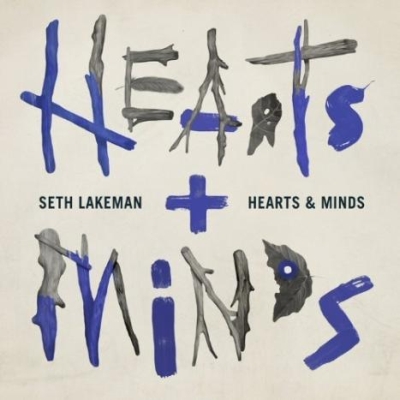 It’s been eight years since Seth Lakeman released The Punch Bowl, his first solo record. So, what’s new? What is the Devonshire-born multi-instrumentalist offering on this new album that he hasn’t done before?

On first listen, it’s difficult to identify anything terribly unexpected in Hearts and Minds. Coming in at just over 45 minutes long, the record wears the same fiddle/banjo/acoustic guitar combos on its sleeve as its predecessors, but continues in the rockier vein of 2008’s Poor Man’s Heaven, perhaps due to the presence of Tchad Blake, producer of reams of high selling records from Pearl Jam to Crowded House.

Opener, title track and forthcoming single, ‘Hearts and Minds’ is a little bit country, as per, with violin solos and slightly stomping beats setting the tone for much of the record. Lyrically, it’s clear what Lakeman’s agenda is, focussing on troops, protests and governments. Whilst the songwriter has hardly kept his lyrical punches to himself on previous records, the words on this album are never minced, the sentiment undeniably commendable but delivery perhaps teetering towards brazen at time, with lines like “Remember there’s people in constant need” sticking in the proverbial craw somewhat.

‘Tiny World’ boasts ‘Four Winds’ style strings and a gently infectious melodic refrain, whilst the tone and resonance of Lakeman’s held notes in ‘See Them Dance’ is punctuated by clear, crisp snares.

‘Stepping Over You’ has only banjo and voice for the opening minute, quietly reflecting in Lakeman’s oddly Americanised accent, before simple drums and piano join to compliment and push the song through a build. ‘Changes’ offers finger picking violin and lush female backing vocals, which add welcome dynamics to a usually sparse vocal line.

The gentler, quieter songs are Lakeman’s forte. Whilst songs like ‘Hard Working Man’ are undeniably potential single material, the rhythm and structure of the more upbeat numbers begins to blend as the record progresses (‘Tender Traveller’ especially). The more mellow numbers retain a more distinctive identity, such as ‘Spinning Days’ and closing track, ‘The Circle Grows’.

With the mainstream success of jangly folk bands like Mumford and Sons, it is easy to see how Hearts and Minds could find into the popularisation of folk. It is more melodic and perhaps accessible than Lakeman’s previous ‘concept’ albums, proving that the Mercury-nominated songwriter has come a long way since writing songs in Dartmoor kitchens. It is, however, in his more emotive, intimate moments where Lakeman still really excels.