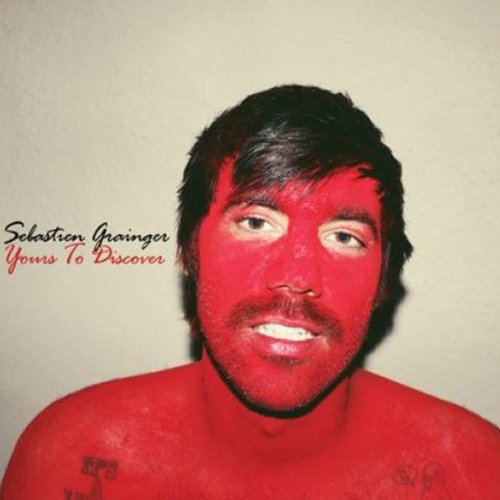 Among the many regrets that a person may accumulate throughout their lifetime, to have never seen a Death From Above 1979 live show must surely feature. With a solitary EP and an album that barely crossed the thirty minute mark to their name, Torontonian duo Sebastien Grainger and Jesse F. Keeler soon laid around their pedal-drenched, drums-and-bass dance punk the foundations of a cultish hype. The hype was reified by the performances in which they stood, cool and Canadian above the teeming libidinal press of their fans, and wordlessly bade them get down.

The palpable acrimony that coloured later appearances led ultimately to a split in 2006, and the pair plied their trade with other projects. Keeler went on to drop a couple of albums and countless remixes with house outfit MSTRKRFT, while Grainger, via various collaborations of indeterminate object and duration, ended up fronting Sebastien Grainger and The Mountains. Their eponymous LP, by all accounts a confused and unsteady affair, was released in 2008 to middling appraisal. It would appear that, when you give to the world something as reprobate and yet so brutally sophisticated as You’re A Woman, I’m A Machine, the creative albatross you hang around your neck is a heavy one.

For these reasons- and perhaps to preserve the DFA1979 mythos for their ongoing reunion- Yours To Discover takes as its starting point a rather more pop-literate approach, and assembles itself from there. The earnest choruses are present in ‘Waking Up Dead’ (“Waking up dead into the sunshine, waiting all day for the night… When will we be together again?”) and ”Second of Love” (“I still believe there’s a reason to believe in love”). ”I’m Looking For A Hand” has the acoustic chords and bittersweet hook (“How many times have I thought lately, maybe I’m the one who could be faking? I tell it to you man, I’m looking for a hand”). “Let’s Move To NYC” brings the star-gazing guitar solo, and lead single “Going With You” the sinewy percussive jam. All the pieces are here, and the capable execution masks the lack of any engrossing narrative.

It all progresses in a cohesive manner, before throwing a bizarre and intriguing curveball in ‘I Want Sebastien Grainger.’ The track floats its phantasmal vocal samples and refrain of “I want you” over a cavernous beat and a foreboding drone, and then cedes abruptly-maybe more by design than happenstance- to the triumphant ‘I Don’t Believe In Ghosts.’ The interlude is all too brief. “You should stop looking up all the time, nothing is changing,” offers Grainger. “All that’s high comes down.”

Liberated, no doubt, from the pressures that accompany the devising of a worthy and relevant successor to You’re A Woman, I’m A Machine, Grainger has been able to conjure what is a fairly rich noise pop record. Yours To Discover certainly doesn’t feel like a self-indulgent journey to the cutting room floor. It’s just not what the majority of his customary fans are really waiting to hear.