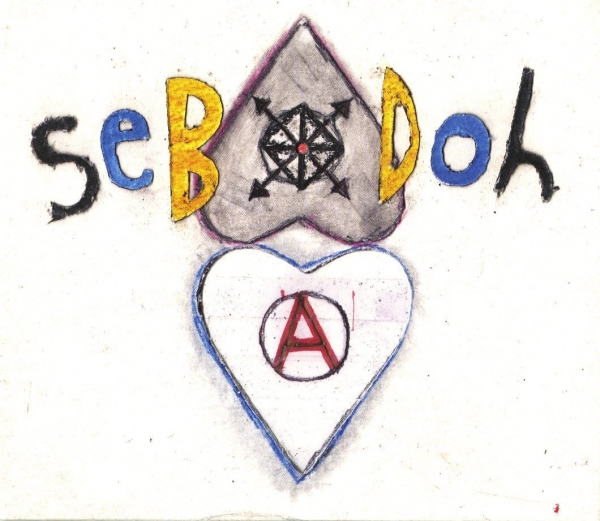 The musical landscape has changed dramatically in the 14 years since Sebadoh last released a full-length album. And perhaps the loose, untethered atmosphere that permeates the current scene is precisely what led the band to decide to record together again, the ramshackle results of which are featured on their spirited but decidedly uneven new studio album, Defend Yourself.

“Failure is a state of mine,” sings Lou Barlow self-deprecatingly during the bouncy chorus of ‘State of Mine,’ overtly explaining the band’s modest expectations for their new album, just in case 25 years of Sebadoh inconspicuously flying under the musical radar didn’t make those lack of aspirations clear enough. But rather than reverting to the sloppy charm that has permeated most of the group’s earlier material, some of the songs on Defend Yourself have a polished sheen to them, giving them a classic rock churn more akin to Foo Fighters than the underdog, stoner garage band that they have closely identified with throughout their career.

The album starts out with the earnest wistfulness of ‘I Will,’ which begins with a sobering acoustic strum before erupting in Barlow and Jason Lowenstein’s patented hazy melodies, with flourishes of forceful guitar work pushing the catchy track forward. ‘Love You Here’ sounds like it could easily be an unreleased Bakesale B-side, with the band easily tapping back into the indelible translucence that made them so appealing to a select few back in the ’90s.

The Wire-like urgency of ‘Defend yr Self’ is easily the best thing that Sebadoh have done since 1996′s Harmacy, with the blistering staccato guitar riffs colouring the early insistent moments of the track before they gradually give way to a flood of blurry squalls. It’s as vital as anything Barlow has churned out as of late, including his stellar recent work with Dinosaur Jr. But sadly, the rest of the record doesn’t take on this intensity and inventiveness, with the album’s second half especially starting to fray at the edges.

‘Oxygen’ and the meandering instrumental, ‘Once’ both sound pleasant enough, but these are precisely the type of indistinct songs that Barlow and Lowenstein have been churning out their entire career, and they don’t contain anything fresh or new that can catch listeners’ ears in a modern way. While ‘Inquiries’ begins with a hint of doom before taking on a lively, countrified rockabilly beat, with the band injecting a bit of fun into the arrangement that clearly shines through, but it looses steam quickly and fizzles out before becoming anything all too memorable.

The aforementioned ‘State of Mine’ becomes an updated slacker anthem for those fans who have grown up as dissatisfied as they were when the band started out, and represents one of the stronger points on an uneven second half of the album. But ‘Final Days,’ ‘Can’t Depend’ and the album closing ‘Separate’ are permeated by bland elements of the Modern Rock 101 textbook that has been studied (or even written) by Dave Grohl, and their brazen attempt at arena rock grandeur ultimately falls quite flat.

Defend Yourself staggers to the finish line with the listless, hushed combination of ‘Let It Out’ and ‘Listen,’ with Barlow and company clearly out of inspired creative ideas at this point. While dialing down the distortion has frequently been a good move for Barlow in the past, here it just sounds more like he’s out of gas. And while it’s good to have Sebadoh back thrashing around in the unfurnished basement of the music industry once again, you just wonder how much better the results would have been if they had a complete album’s worth of material that proved worthy of their return.