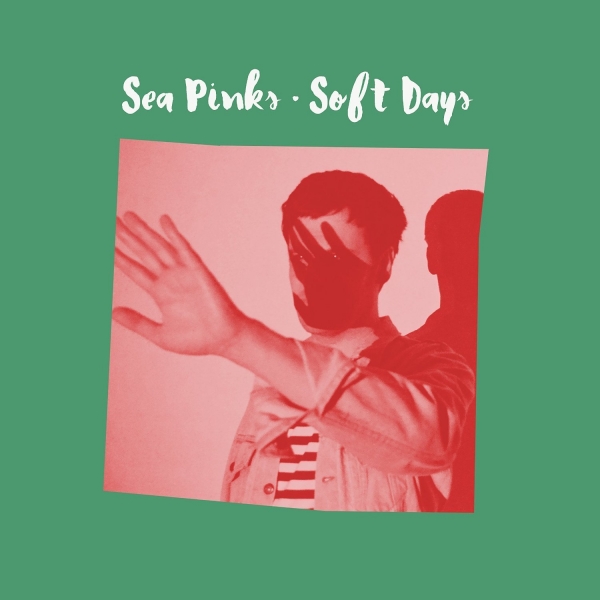 For some the sun-bleached, by and large buoyant guitar-pop of Belfast’s Sea Pinks mightn’t feel terribly evocative of a city often presented as a monochrome frontier bound to the spectre of its less luminous past.

While the latter impression is suspicious at best, a closer look at the Neil Brogan-fronted trio’s modus operandi reveals a band wielding abstracted reverie as a kind of pure metaphysical statement in song; something the earworming escapism of their second studio album, Soft Days, quite comfortably attests to.

Of course, those acquainted will know that the ever-present draw of “elsewhere” – of fairer climes and bygone times – has always seemed as alluring as the simple majesty of the everyday for Brogan. Taking its title from a type of drizzle the frontman says is “a common phenomenon in Ireland, Belfast in particular” Soft Days doesn’t stray far from that willed dichotomy, blurring the lines of make-believe and reality across eleven tracks bearing the imprint of 60s beat groups, 70s power-pop and 80s indie-pop without ever unwittingly yielding to vapid simulation. After all, having released five records in as many years – the first three of which which were self-produced – Brogan, bassist Steven Henry and drummer Davey Agnew are now all but veterans in their field.

Having finally relinquished the cloistered lo-fi of bedroom recording for the studio on last year’s stellar Dreaming Tracks, Soft Days finds Sea Pinks building upon an economical approach that has only grown more cunning and refined with time. From the first droning waves that birth opener “(I Don’t Feel Like) Giving In”, ardent ode to unfeeling “Cold Reading”, the album’s closing title track and lead single “Depth of Field” – a real highlight here – come to demarcate a craft very tidily balanced between minimalist, tactfully linear guitar-pop and the discreet traversing of sounds drawing from a vast and plentiful well of dream and power-pop. No longer exponents tied to the ever-elusive surf marque, Sea Pinks wear their broad inheritance of influence as a badge of distinction.

As with other dichotomies here, hope and yearning are often all but tantamount to each other on Soft Days. Where “Ordinary Daze” celebrates the latent and tenderly inclined glory of the everyday, “Everything In Sight” – evoking candour and clean jangle of self-titled era Smiths – fares simultaneously defiant and pragmatic. Hopping from playful to grave and discreet to emphatic, Brogan takes ambivalence and uses it as a catalyst for the slew of burrowing refrains and sudden bursts of tight élan that comes to define Soft Days as a whole.

Neither comprehensively “here” nor “there”, up nor down, eager nor listless, these eleven tales – while perhaps lacking more than three obvious peaks – betray a quiet confidence and command that will surely see Sea Pinks properly arrive.