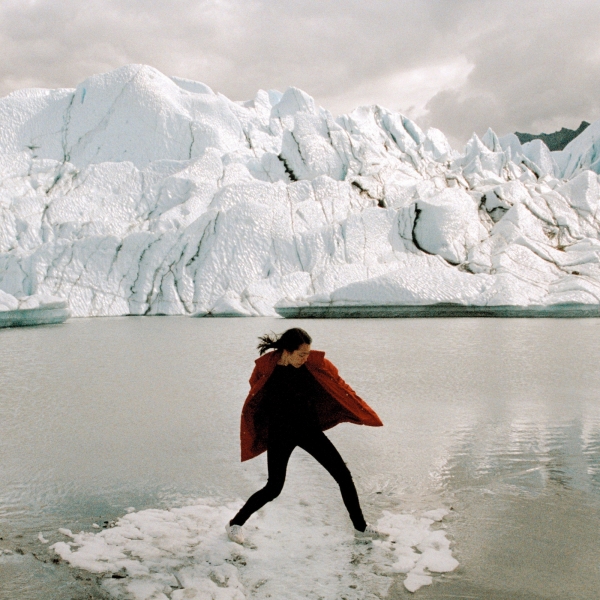 When the synth player of an indie band goes it alone and makes a solo record, you might not expect it to be a particularly revealing affair - yet that’s exactly what SASAMI’s self-titled debut record is.

While LA-based SASAMI Ashworth only released her first track under her SASAMI moniker last year, the road to her debut album has been a long one. Since learning the piano as a child, Ashworth has become an accomplished French horn player and even forged a career as an elementary school music teacher. Yet Ashworth's artistic ambitions have increasingly taken precedent, and she soon followed her brother Jojo (who plays guitar on SASAMI and in his own band Froth) into the LA punk scene and eventually joined Cherry Glazerr in 2015.

SASAMI is an album that could not be more of its time if it tried. It began life as a series of demos recorded on to an iPad, while its lyrics were scribbled down in the notes section of a smartphone. The lyrics in question are described by Ashworth as “a diary and a collection of letters, written but never sent, to people I’ve been intimately involved with in one way or another”.

Opening track "I Was A Window" sets the tone of the record perfectly with its Sparklehorse-style guitar chords and soothing synthesisers accompanying Ashworth’s tentatively delivered lyrics detailing the dissolution of a relationship. Her conversational approach to songwriting is a continuing theme throughout the album and at times can almost make you feel intrusive, like reading through text messages on someone else's phone. It works to best effect on some of the album’s other quieter and more intimate moments like the Devendra Banhart-featuring "Free".

Self-produced by Ashworth in an analogue recording studio, the tracks on SASAMI maintain a raw edge while their complex arrangements are well organised and never messy. The songs themselves are all expertly composed (a direct result of Ashworth’s years studying jazz and classical music) and somehow manage to maintain a bedroom-pop level of intimacy while exploring more ambitious sonic planes.

You can hear some of Ashworth’s early post-punk and shoegaze influences clearly on several tracks - most notably the energetic-yet-emotional My Bloody Valentine-inflected single "Not The Time", that sees Ashworth tackling the issue of logistics getting in the way of a relationship with its poignant chorus: “It’s not the time or place for us, but you said you'd save some space for us”.

"Pacify My Heart" is the record’s darkest moment, opening with Ashworth repeating the line ‘sometimes I wish I never met you’ over brooding guitar arpeggios and skeletal drum machine beats that builds into a wall of frustration. Other highlights include SASAMI's dynamic debut single "Callous" with its many layers of distortion and synthesisers, and new wave-tinged closing track "Turned Out I Was Everyone".

While Ashworth may be comparable to some of her contemporaries in the indie singer-songwriter world, her sound and style are firmly her own. She boasts a unique approach to production and songwriting and switches effortlessly between styles without ever losing coherence. Although SASAMI is a debut album, it feels more like the work of an artist whose craft is already honed - and that's because it is. You can hear the decades of refinement in Ashworth's songcraft, which makes for an absorbing collection of confessional songs both incredibly personal and widely relatable, on an incredibly self-assured debut.