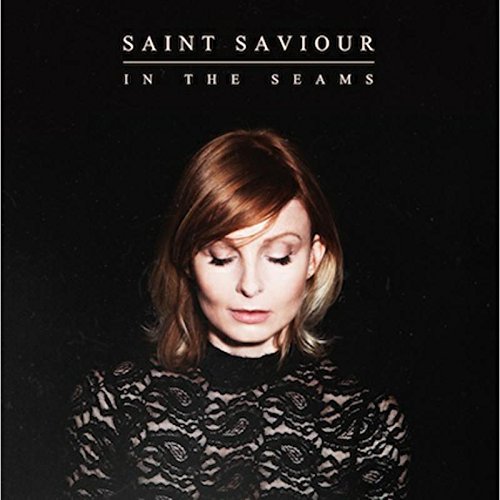 As an artist, Becky Jones - AKA Saint Saviour - has shown two different sides to her approach during her short career. Coming to prominence on Groove Armada’s 2010 album Black Light, her light Stevie Nicks-esque quiver on “I Won’t Kneel” and her cheeky croon on “Paper Romance” provided career highlights for them, and a platform for her considerable vocal talent.

Her 2012 debut Union covered a considerable amount of genres; trip hop, electronica, pastoral indie, piano-led pop. Some worked well, others less so. The more electronic elements of the album didn't sit as well as they did with Groove Armada. It was the starker tracks that suited her vocal best; the likes of “Reasons” or “Fallen Trees” complimented her rose petal-light vocals.

Minimalism is the area she has concentrated on with this second album. It’s all about stripping everything back, as shown on the Aladdin Sane referencing sleeve, the heavy make-up and dyed jet black hair of her electro pixie phase of the past is gone, as have all elements of electronic music, and in many of the tracks, even percussion is given a miss. In collaboration with Bill Ryder-Jones (ex of The Coral), Jones is accompanied by just piano, acoustic guitars and lush orchestration from Manchester’s Camerata Orchestra. This approach would see lesser vocalists fail but by putting her vocal to the forefront of sparse backing, her vocals soar.

The more excitable, higher pitched moments of her previous material (the most Kate Bush inspired moments) are nowhere to be found here, this is much lower key, her voice silenced to a hush, it results in a kind of warm intimacy where she gives everything but demands nothing in return. The opening track “Intro (Sorry)” begins with the lines “I’ve made considerable mistakes/tried to be/someone else” - it’s a statement of intent, and throughout, Jones muses about her childhood memories. It’s an incredibly delicate listen, like you’ve found her diary and can’t help having a cheeky peek at what’s inside.

“Bang”s soothing baroque pop, the mournful “Nobody Died” and the monochrome folk of “James” are all enchanting listens, songs that disconnect you from the real world and give you a warm aural hug. There’s also a cinematic feel to these tracks; they could almost soundtrack a Shane Meadows film (not Dead Man's Shoes). In The Seams works in a similar way to how Kate Bush’s 2011 LP 50 Words For Snow did, being an album where you could almost hear the melt of an icicle back dropped by falling snow. Here, Saint Saviour has made a collection of tracks that transports the listener outside; it’s so Autumnal you can almost hear the leaves falling from the trees, and a resigned shrug as the last rays of the summer come to their inevitable conclusion. It’s deeply personal, plaintive and emotional, and a very lovely thing.