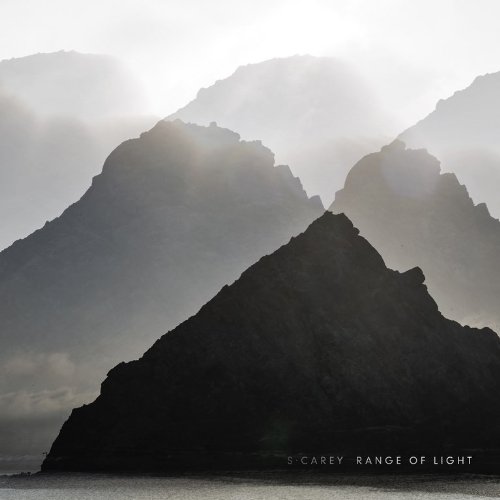 ‘What do you call someone who hangs around with musicians?’ Answer: ‘a drummer’. Type in ‘Ringo Starr was…’ into a Google search, the top predictive result would read: ‘Ringo Starr wasn’t the best drummer in The Beatles’. It’s no revelation that drummers get a bad rap from their musical peers at times. Whether it’s a lack of finesse, lack of musical prowess, or lack of moral fibre, the men with the sticks are often unfairly labelled with tags along the lines of ‘knuckle dragging Neanderthal’, ‘cheaper than a drum machine’, or ‘girlfriend-shagging bastard’.

But someone who has completely turned the percussionist stereotype on its head is one Sean Carey of Eau Claire, Wisconsin. The drummer and co-vocalist of Justin Vernon’s Bon Iver project is to release his second solo album Range of Light, and from beginning to end it is rife with expert multi-instrumental musicianship.

Continuing on from the minimal plaintive quietudes of 2010′s All We Grow, Carey nurtures a sound that before felt indebted to Vernon but now feels very much his own. Using layered production techniques, Carey combines his formal training in orchestral music (he has a performance degree in classical percussion; not your average Drummer Joe) with the flux shuffle of understated yet complex drum patterns from a lifetime passion for Jazz.

What we get on Range of Light is an audible ecosystem of tiny, fragile micro-climates which accumulate to something altogether powerful and ground breaking, marking the singer-songwriters ability to create audible scenery and sonic spectacle that could be marked on a map somewhere not far from the wintry musical territory of Sufjan Stevens.

Piano keys drip like water droplets into racing streams of strings and on into a bracing rapids of layered cymbals and drums on “Crown the Pines” while Carey confesses to a tormented affinity with his geography, singing: “I am in love with this place, but I fear for its grace”. On “Fleeting Light” a sense of optimism takes over with a throbbing bass line which sets the beat to shimmering sunrise guitars while Carey sings: “range of light/a dawn in white/in fields first dawn is yawning/not without that fleeting light”. Carey’s scenery is one that is neither here nor there; it is a place of constant change, somewhere beautiful and sinister, somewhere where light breeds dark and dark breeds light.

Undoubtedly one of S. Carey’s best instrumental assets is his own voice, which undergoes the same layering techniques as the ensemble of keys, strings and drums on Range of Light. Vocal melodies are never forced, and are phantasmal in their cold fragility. That said, you’d need the CD inlay lyrics to discern what Carey is softly crooning on about for the most part, but on more subdued songs like “Creaking”, “Fire-scene”, and “Alpenglow”, a bit of educated guesswork can get you by.

The listener is never really on terra firma when ambling through the elusive foothills of Range of Light, but every fluctuating composition and shift in mood makes for a refreshing experience spin after spin on a record that could so easily be entangled and mired in its own instrumental mastery. Next time you think of making a mindless drummer-phobic slur, remember that drummers aren’t all brutish thugs without a musical bone in their body. If you still need proof, listen to this record.