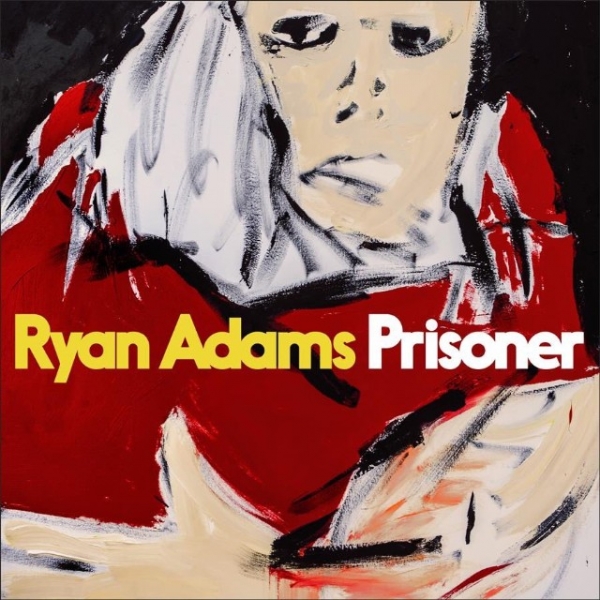 When you’ve had your heart broken, sometimes all you can manage to accomplish are the simple things. Dragging yourself out of bed, putting the kettle on, and remembering to eat and breathe seem like minor victories when your emotions are in tatters.

Ryan Adams simplified his songwriting on his new album, Prisoner, paring down the arrangements and refining the sentiments into a revealing examination of his attempts to mend his broken heart. Throughout these twelve somber but hopeful new songs, Adams openly addresses the desolation and pain resulting from the dissolution of his marriage in 2016 and the lingering grief over the death of his grandmother in 2011. He candidly transforms his despair into a work of stunning beauty that heals as well as inspires.

“I just want to be able to look back and feel that I left a map for people if they were maybe having a hard time,” Adams recently revealed during a BBC interview with Lauren Laverne. And Prisoner indeed represents a vulnerable beacon of light amidst the darkness for those who need help finding their way. The album tenderly illustrates Adams own struggle to find meaning and clarity amidst his anguish, letting the palliative potency of his own music guide him towards a better day.

In “Haunted House,” Adams confronts the painful memories that exist around every corner of a home that was once shared but now feels empty with her absence. “Can you stand and face your fears, my love? I will for you” Adams sings on the dour, harmonica-laden “Doomsday,” which is as cheery as the title suggests. But even while your world feels like it is ending, there is something to celebrate in the beauty of each sunrise and the promise that a new dawn brings. “Shiver and Shake” has elements of Bruce Springsteen’s “I’m On Fire” threaded throughout its haunting melody, with Adams openly describing the humiliating sting of seeing your old love with someone new.

On the gorgous “To Be Without You,” Adams perfectly captures the internal struggle of letting a loved one go and finding the strength to finally move on with your life: “It's so hard not to call you / Thunders in my bones out in the streets where I first saw you / When everything was new and colorful, it's gotten darker / Every day's a lesson, things were brighter before / Nothing really matters anymore.” Walking the solitary city streets will inevitably remind you of the one you lost and the moments you shared together in a place that now looks forever changed simply because you’re alone. But rather than cower in the shadows of his own despondency, Adams bravely turns his misery into a batch of searching, plaintive songs that are startling in their sincerity and unguarded vulnerability.

On the shattered but hopeful closing number, “We Disappear,” Adams admits that he proudly wears his heart on his sleeve if only to get by and be true to himself. “If I was born to be the loner, okay / But I’m not made of stone and I’m so blown away / Don’t know what’s the rubble and the parts I want to save / We disappear and we fade away.” The chorus and title suggests that Adams is starting to accept that the painful memories do eventually dissolve and you’re left to pick up the pieces of your life that matter to you most and gradually move on.

There is a Tom Petty-esque classic rock catchiness and simplicity to lead single, “Do You Still Love Me?” which also kicks off the record. The song asks a question that most jilted lovers already know the answer to but still insist on wondering about, if only to torment themselves as well as their ex. But when you are left broken and alone, the most important person to love is yourself. Without that, the healing will never start. Prisoner is an album filled with Adams reconciling his doubts and fears about life and love with his faith in music and the power of song. And ultimately – thankfully – music wins out over heartbreak in the end.