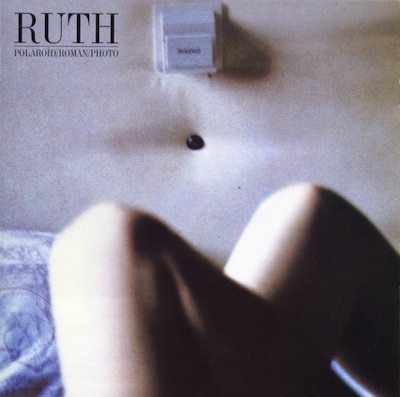 Hopefully you’ll forgive me for starting off with a little bit of mathematics, but the formula above is key to understanding the relationship between the record collector and the long lost album.  When the aforementioned record appears in some form or another (e.g. e-bay, record shop, discogs etc) the fan will apply the above formula and if X is greater than 0, they will purchase the record.  As we all know records are more important than a balanced diet or payment of utility bills.

If we can just stick with the maths for a few seconds more, the second formula details the other side of the record collector’s life.  The near-mint edition disc is in their possession, granted – they may have a touch of scurvy, but otherwise everything in the world is right.  That is until the announcement of a reissue arises.  Suddenly all the suffering has been for nothing.  Their glowing chalice of rarity no longer shines as bright and those re-hydrated noodles don’t taste so worthy.  In fact if Y is less than 50 a doctor can prescribe anti-depressants and counselling.

So, those lovely people at Angular Recordings may be causing some upset in the collection community with the reissue of Polaroïd/Roman/Photo by short-lived French outfit Ruth.  Its title track featured on their Cold Waves and Minimal Electronics compilation earlier this year, and for many was one of the highlights of the record.  This inclusion added more weight to the ever growing cult following the album amassed over the years, which has now culminated in this lovingly assembled re-issue of a coldwave classic.

Despite only shifting 50 copies on its release in 1985, the album isn’t bound to that era, or in fact, any era.  It’s as relevant today as it was 25 years ago.  A listener unaware of the back-story could easily assume this was released in 2010.  Its blend of samples, wide-ranging experimentation and a counter-intuitive approach of throwing everything into mix, yet still remaining fundamentally minimal would place it in an album’s of the year list from any decade.

With heavy influences from New York’s art-rock movement (in its attitude) and Krautrock (in its execution) Ruth build upon these unorthodox foundations with fascinating results.  ‘Mots’ provides the blueprints for Clinic with eerie repetition and translucent vocals. The cover of Can’s ‘She Brings The Rain’ creates an ever rising cyclone of discord; starting from simple paranoia which escalates swiftly into waves of sonic angst.  Synth-wave fans rejoice!

Whether this has been on your wish-list (but just out of reach) for several years or they are a new proposition, this reissue offers the chance to experience a lost classic without the need to starve or sell organs.