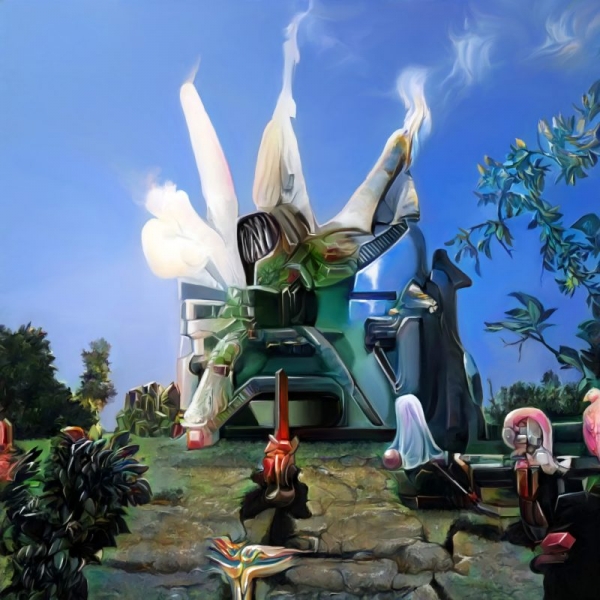 In 2014 Svein Berge and Torbjørn Brundtland of Röyksopp released what was dubbed as their final album, cryptically entitled The Inevitable End.

Thankfully, the guillotine has been retracted, and eight years later Profound Mysteries is released. With it comes the inevitable end of their traditional album format, and the unavoidable beginning of a new Röyksopp era – one with a lot more detail than first meets the ears.

They’ve collaborated with multifaceted artists such as Jonathan Zawada and Kasper Häggström, to create videos and virtual installations that complement their music. It’s up to us to find the profundity – it could be the futuristic visuals, or the naturistic song titles that turn our faces towards the preciousness of the Earth and precariousness of the humans on it. Whatever dual philosophies Röyksopp has us contemplating this decade, make sure to delve into their online portal to find yourself in a world of fashion, art and soul searching.

Profound Mysteries is a tautology in title, but diverse in content. “Where the Flowers Grow” and “(Nothing But) Ashes” are tracks intense and ponderous enough to be on the soundtrack to a Safdie Brothers film. While others, like “Breathe”, still serve those nostalgic clinching dance rhythms from early Y2K. “If You Want Me” is Röyksopp’s attack at a ballad which just about stays clear of the anthemic, while “The Ladder”, is what I envisage the musical child of Kavinsky and The Knife to sound like – gloriously eerie and totally naked.

Röyksopp uses the treasures found on their eight year gap to create a theatrical, dramatic, literal work of art – one which has more relevance through your headphones than busting from a speaker in Spectrum. It’s a move towards a more organic electronic sound, heard in their pre-released single, “Impossible”, which is made possible by the haunting vocals of Alison Goldfrapp, who adds a fit amount of humanity to the contagious dance track.

Profound Mysteries doesn’t quite have the timelessness of Melody AM, but it certainly lives up to Röyksopp’s reputation as a duo that has perfected the art of dishing out electronic hugs. Despite the connotations of ‘profound’, they stay on the right side of arty party and continue to attract veterans, as well as visually stimulated newbies, to the wavy ocean of Nordic electronica.