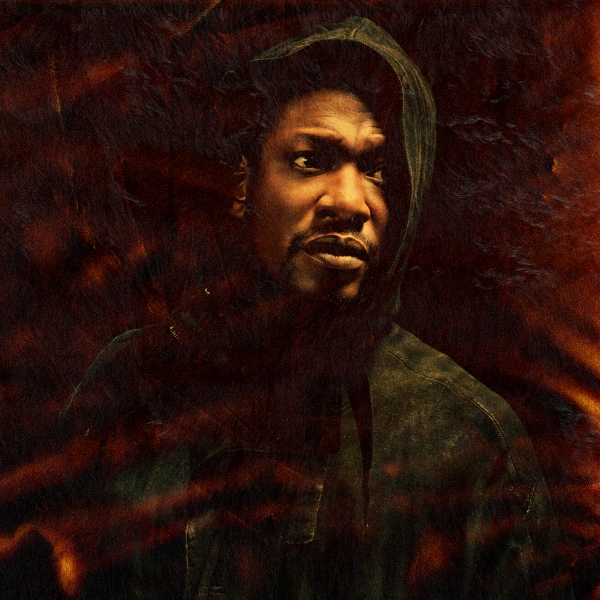 Roots Manuva may have a Mercury nomination for his second album Run Come Save Me in his history alongside past collaborations with artists as varied as Gorillaz, Coldcut and The Maccabees, but his sixth studio album Bleeds shows Rodney Smith is still intent on pushing musical boundaries.

While others may have unwittingly fallen into complacency, churning out the same familiar tunes over and over, from the first few bars it's abundantly clear that Roots Manuva still has fire in his belly. Marsh has always been an artist intent on moving forwards creatively and over the course of Bleeds’ ten tracks, we see a fine blend of genres enthusiastically mixed with hard hitting social commentary to form songs that overflow with ideas.

Like previous releases it balances itself between further exploring prior ideas and pushing to discover new ground; moves that have previously helped cement a reputation of this genre defying artist as one unafraid to take risks. It's an album that sees him work alongside such musical heavyweights as Four Tet, Adrian Sherwood and Switch to create a record that doesn’t hold back in its desire to push forth and make a powerful and long lasting impression.

As on his last album, the 2011 released 4everrevolution, his latest has a political undertone that often flows through the very heart of his lyrics. Social comments lay alongside melodramatic strings and choral work that form the basis of opener "Hard Bastards", but this rhythmically powerful record hopscotch’s its way forward. Dub-infused fidgety beats form the backbone of the Four Tet-produced "Facety 2:11", while there’s a strong DJ Shadow-styled musical undercurrent present in the trip-hop stylings of "Stepping Hard" and "Cargo".

We should all be thankful that Roots Manuva hasn’t allowed himself to become trapped by past endeavors or others expectation. Bleeds is a concise and heavily focused record that can proudly sit in and amongst his best.