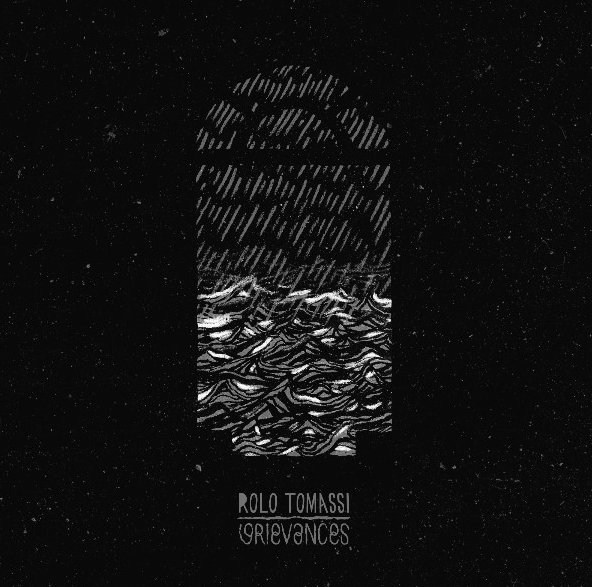 When I interviewed him a couple of months ago, Rolo Tomassi’s James Spence offered up a startlingly robust critique of the band’s last record, Astraea. “I think there was a feeling that we talked a better game than we actually delivered,” he said, which seems a harsh summation of an album that was lavished with critical praise - particularly with regard to its ambition. John Doran probably put it best, describing the Sheffield five-piece as having “entered a nuclear arms race of progressiveness with their own back catalogue.”

Spence, specifically, was alluding to the fact that that the often breathtaking complexity of the group’s work in the past has meant they’ve been written off as only being interested in the technical side of hardcore; emotion and profundity, some critics suggested, might have fallen by the wayside. This patently couldn’t have been the case to anybody who heard their superb second LP, Cosmology, but then again, dissatisfaction is usually a symptom of ambition and barely a day of the ten years together that Rolo Tomassi celebrated back in February went by without them pushing themselves.

There’s absolutely nothing on Grievances to suggest that approach won’t be taken into their second decade, either; it’s comfortably the most expansive and forward-thinking full-length they’ve put out to date. Spence did, at least, sound happy with the way that this one’s turned out, something he credits to a much more stable recording process; they decamped to Lewis Johns’ residential studio near Southampton, a marked departure from the sessions for Astraea, which were conducted here, there and everywhere whenever they could snatch the time.

The ramifications of this change in operation are obvious; for a start, Grievances is an incredibly atmospheric piece of work, with the kind of cohesive feel that only sustained, uninterrupted writing and recording stints tend to be able to deliver. It’s a dark affair, foreboding at its lightest and unremittingly bleak at its blackest, and with little in the way of genuine gaps between tracks, the way in which the songs flow in and out of each other transforms the record into a long, unsettling suite.

One of Cosmology’s great triumphs was that it was the point at which the band realised that there didn’t need to be a blunt line drawn between the two sides of their sound - between the quieter, spacier sections and the aural assault of the out-and-out hardcore. On Grievances, though, they show further maturity; it’s not just a case of Eva Spence flitting back and forth between honeyed and hellish with her vocals, it’s the way the subtler, sparser moments are used to ratchet up real tension - the piano-driven “Prelude III” and shape-shifting post-rocker “Opalescent” are both cases in point -  that makes this record so consistently thrilling.

And then, there’s the album’s big talking point - the implementation of an actual string section, something that would have sounded pretty outlandish back in the Hysterics days. They really work, too, bringing a mournful flourish to the doomy “Crystal Cascades” and creeping menace to “Chandelier Shiver”, the latter of which provides further evidence as to the ever-broader range of influences the band have tapped into; it wouldn’t have been out of place on A Winged Victory for the Sullen’s Atomos. The effectiveness of the increased use of simple piano shouldn’t be overlooked, either - the opening minute or so of “All That Has Gone Before” takes its cues from Moby’s “God Moving Over the Face of the Waters” - and there’s subtle experimentation with the guitars, too: quickfire interlude “Unseen and Unknown” borders - whisper it - on bluesy.

This is an album that sits somewhere between Lynch and Lucifer, ethereal in its softer moments and utterly savage at its loudest. It’s a shining example of how a band can expand without abandoning their core sound; long-term fans will find plenty of the wonky hardcore of old here, but their naked ambition - and the poise and assurance with which they’ve pulled off everything they’ve aimed for on this LP - should comfortably win them new listeners, too. It’s going to be a very strong contender for the title of the year’s most exciting British release; if nothing else, it’s proof that nobody does measured drama quite like Rolo Tomassi. No wonder Frank Costanza called for the airing of Grievances.