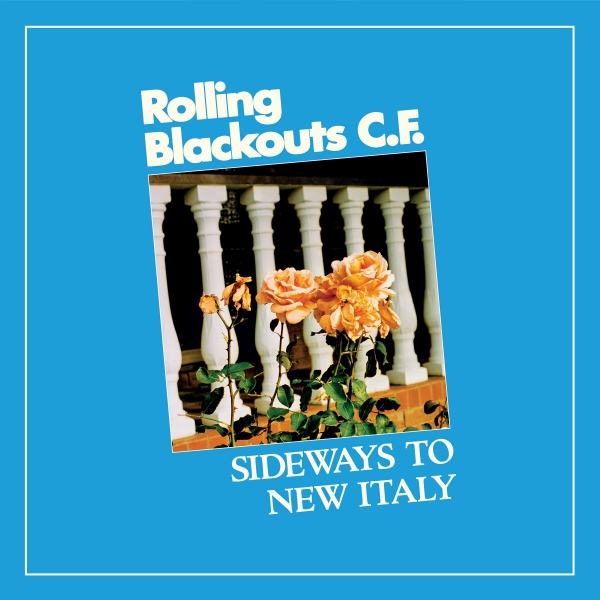 Having criss-crossed the globe touring their debut, Rolling Blackouts, Coastal Fever aim to bring it all home on assured follow-up Sideways to New Italy.

The Aussie five-piece, headed by songwriting trio Fran Keaney, Tom Russo & Joe White, return with a collection shaped by the group trying to cling to feelings of home while gigging half the world away.

Rolling Blackouts’ triple threat vocals make for an interesting blend of songwriting tics swimming across the record, while the trifecta of guitars provide the bulk of the instrumental texture through shimmering riffs and Marr-esque arpeggios. The rhythm section keeps to themselves, tidy drums and wandering bass existing behind the front three and offering an anchor to their contrasting writing styles.

“Cars In Space” nods to the Buzzcocks “Ever Fallen in Love (With Someone You Shouldn't've)” on its urgent melody, one of many musical references apparent in the arrangements. Rather than pastiche, Rolling Blackouts are able to breathe that lineage into their own take on indie rock. Their style is studied rather than hackneyed. “Falling Thunder” is the best track of the set, marrying the band's cinematic descriptions of everyday romance (think Brian Fallon or latter-day Brandon Flowers) with an easy pop tune.

Lyrically the album is teeming with romanticised dreams of home, both in the literal and emotional sense. With multiple writers Sideways to New Italy perhaps lacks the focus and clear direction that the music deserves; stark changes in vocal styles can break an aural ‘fourth wall’ and remind the listener that the songwriters, while complementary, are also competing with one another for our attention.

Still, when you come armed with songs like closer “Cool Change”, squeezing Joe Strummer anthemics through their Aussie ‘dolewave’ filter, that compromise is well worth it.