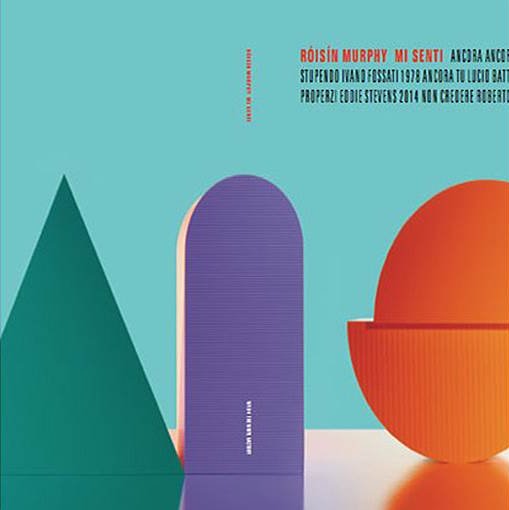 “I’ve been lazy for a long time,” Roisin Murphy has been reported as saying following the seven year absence since her last full-length album, Overpowered. While guest spots with artists including Fatboy Slim and Tony Christie have kept her ticking over, 2014 sees the former Moloko member putting her foot to the floor with not one, but a possible three projects this year. Before her third album and a house music EP (and following a collaboration with Freeform Five with single “Leviathan”) Murphy offers her Mi Senti EP; a collection of six Italian numbers. Made up of five covers from the 60s and 70s, and one original composition, it’s perhaps not the obvious choice for an artist more often associated with the dancefloor. There are certain moments of Italian Discotheque brilliance, however, that make the answer to “Mi Senti?” (“Can you hear me?”) a firm “yes, thank you!”

“Ancora Tu” offers a dreamy-dance take on the Lucio Battisti original, channelling Grace Jones with a lower register that features throughout the EP, adding authenticity to the accent and the performance. While Battisti’s version mixes disco and funk, Murphy brings her electronic expertise to the track: The end product is a laid-back house number, chilled to perfection. Mina’s “Ancora Ancora Ancora” (originally power ballad territory, and stunningly so) is similarly slowed, with Murphy’s voice pushed beyond her usual limits for an effect that creates an almost theatrical performance. “Non Credere” – another track made famous by Mina – is an even more dramatic offering, but one lacking the gentle beats heard earlier on in the album, while closer “La Gatta” is similarly short on the discotheque elements that assisted in creating the link between Roisin’s own catalogue and these songs.

Original number “In Sintesi” (“In Synthesis”) is - perhaps disappointingly, considering the effort that’s clearly gone into respecting the cover versions - the highlight of the collection. The synth-influence of Italian producer extraordinaire Giorgio Moroder is clear, with a robotic rhythm controlling the bulk of the track, while influences from above (Kraftwerk) and beyond (Blondie, specifically during their disco era) can easily be picked up and thrown across the dancefloor. Considering Moroder’s sudden return to the public eye – following his appearance on Daft Punk’s Random Access Memories, and more recently his remix of Coldplay’s “Midnight” - it’s a fitting tribute to the genre he pioneered, and which Italy are perhaps not always given enough credit for. The slower, latter two tracks slow proceedings down too soon for a discotheque that was only just building up. Il tempo è ora.