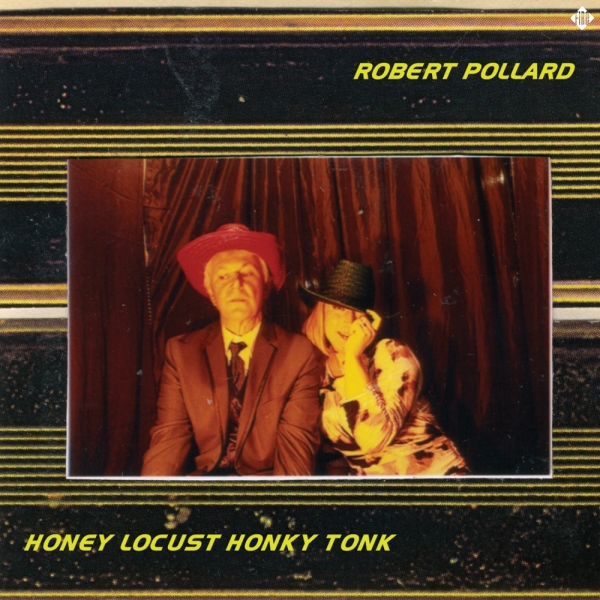 I’m starting to worry that melody doesn’t count for much anymore. No, that’s not quite right. I’m starting to worry that melody isn’t really appreciated anymore. There we go. Any music that claims to fall into the nebulous genre known as ‘pop’ – in whatever guise it may take – needs something beautiful and winding tune to cling on to. Rhythm, harmony, whatever – it’s all window dressing. The key to great pop music is that everything is secondary to whatever the singer is doing. Even the most warped of music-makers hangs on to it sometimes; just think how many Sonic Youth riffs just ape the vocal melody. Of course, if it’s the other way round, then this whole paragraph is flawed, but then it was from the off.

Anyway, what I’m getting at is that Robert Pollard is a melody machine. And he makes you all the more aware of it by welding those tunes to lyrics of definition-defying dexterity; the hook on the opening track of Pollard’s twentieth solo album, ‘He Requested Things’, runs “You need things to make you crawl down on the farm of love.” What does it mean? What does it matter? For all the accusations of hyper-prolificacy or lack of self-control when it comes to regulating what he does, you’re never a few seconds away from an indelible earworm on any of his records. Honey Locust Honky Tonk‘s seventeen tracks breeze past in 34 minutes, mixing the scattershot approach of 2012′s Mouseman Cloud with the concise popcraft of (er) 2012′s Jack Sells the Cow into a hook-ridden behemoth.

The best thing about the former album, a gem buried under an avalanche of, well, other gems, was that it fleshed out Pollard’s sketches – not by extending them by a verse-and-chorus, but by merely buffing them up a little and making them sound important rather than tossed-off without sacrificing any of their charm. So it is on Honey Locust Honky Tonk, again produced by the venerable Todd Tobias; ‘Suit Minus the Middle’ jets past in 51 seconds with just a lightning-riffed verse and a – um, bridge? Chorus? – whatever, to its name, but it’ll get lodged in your brain no question. Likewise, the lyric of ‘It Disappears in the Least Likely Hands (We May Never Not Know)’ may add up to the sum of its title, but the winding acoustics and chugging drums (yeah yeah window dressing whatever ignore me) carry it along and transform it into far more than a fragment.

On Honky Tonk, Robert Pollard is reaching new heights and depths with his songcraft; ‘Who Buries the Undertaker?’ runs like a riddle (“…and who marries the cakemaker?”) and bounces like a nursery rhyme, while ‘Real Fun Is No One’s Monopoly’ is a warped chant that veers from the downright (Circus) devilish to total transcendence with a mere clumsy keychange. Meanwhile, on the surface, ‘I Killed a Man Who Looks Like You’ may sound like English Little League‘s ‘Noble Insect’ – all monochord morosity – but Tobias’s one-man-band treatment of Pollard’s unique country lament works wonders. The best, however, is saved for last. ‘Airs’ is, make no bones about it, an all-fucking-timer. We’re talking vintage R.E.M. all-timer – a slow-building beauty complete with a hauntingly twangy baritone guitar which echoes the Lynchian aspirations of the record’s front cover – capped with a perfectly low-key vocal which drifts in and out of the mix (“jaded and remote” indeed) at just the right moments.