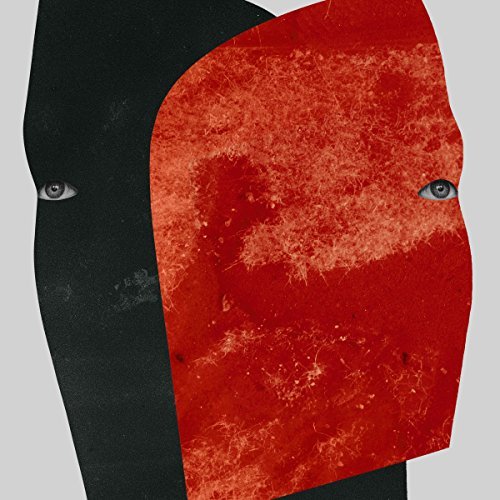 On Persona, this sound has once again taken a step forward in craft. Though the direction of the music hasn't changed substantially, Ryan Lee West's 4th album as Rival Consoles is subtler and more intricate than past work. As a veteran member of Erased Tapes, his music has transformed from IDM-rooted electronic music to something totally ownable, previously culminating in 2015's Howl, and 2016's Night Melody, both of which cemented Rival Consoles' reputation as a caretaker of some of the most interesting electronic music.

Much like Jon Hopkins, his music straddles the club and the bedroom from one track to the other, but unlike Hopkins' masterpiece Immunity, Persona doesn't have as cemented its journey as a whole body of work. With Persona, there's more variety than on any past release of Ryan's. 12 tracks make up the LP, and although clearly all with the same idea at heart, that variety can sometimes play against itself. Some tracks stop compeltely before the next starts, some blend. Some completely change shape during their 7 minute length, others build slowly and fade away, others are short, independent recordings. Though never inidividually out of place, it makes the album a little harder to follow as one full recording. But in many ways more rewarding with multiple listens.

The strengths of Rival Consoles' sound is it's depth. A production process that combines analogue-­heavy synthesisers, acoustic and electronic instruments, the sounds of Persona are rich, delicate, and heavy when they need to be. The title track is a relentless 7 minute floor-filler, whilst "Untravel" is a sombre and beautiful repeated refrain that for 5 minutes bends and builds, and colapses away again. Likewise "Unfolding" takes a more agressive approach, starting loud before manifesting itself with an imprivisational feel. Closing track "Fragment" is a achingly simple 100 seconds of warm textures and light pads.

Hearing all the different shapes Ryan can give his distinct sound is what's most fascinating about Persona, and has kept me coming back for more. It's a masterclass in modern electronic soundcraft that unveils new surprises at each listen. And each listen helps to start piece together the overall shape of the album, something which remains a little shrouded throughout. But its length, and depth, is also Persona's strength. An album to get lost in and to discover bits of wonder along the way.