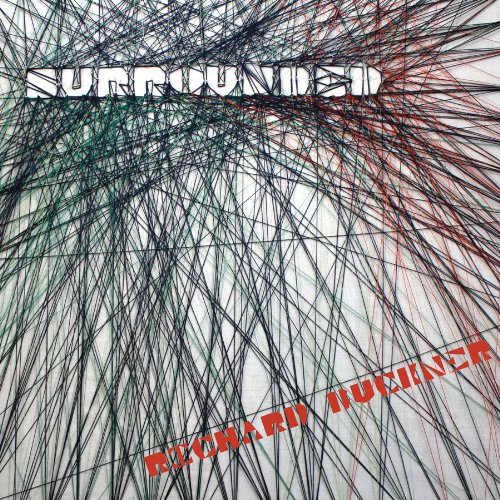 For nearly twenty years, Richard Buckner has operated on the outskirts of Americana, twisting traditional music into his own image and eschewing the usual singer-songwriter path. Even when having his obligatory stab at the major label big time in the mid-90s, Buckner chose to operate esoterically. Instead of delivering albums of his more relatable, instantly understandable acoustic rock he chose to collaborate with the likes of Marc Ribot, ex Yo La Tengo man Dave Schramm and Syd Straw to produce the avant garde Devotion + Doubt and Since which of course got him dropped.

Buckner has recently returned to the acoustic guitar on 2011’s Our Blood (an album he went through hell to make, having to record and re-record The Whole thing, so dissatisfied was he with the results) but here takes a step back into the other, into the strange, with the set of nine songs that make up Surrounded. These songs don’t sound written or constructed, they sound like they’re happening to Buckner, occurring to him as he goes along, impressions gained as he gazes at life, sometimes veiled in sepia, dreamlike and otherworldly, but always emotionally resonant and sounding true.

There are the minor key tragedies of the title track – an intricate, light-handed tale of alienation that’s instantly entrancing, swathing you in gentle ribbons of sad, stoic observation. The double tracked vocal and cryptic lyrics call to mind Elliot Smith as several moments on the record do, without detriment to either artist.

‘Foundation’ finds Buckner a close cousin to Mark Mulcahy. It’s a Miracle Legion-like crasher, sneakily borrowing from The Who as it conjures these soft, Vaseline smeared images of half-dreamt Americana. “I was alive, but a vision left alone” he sings, “Too late to find it’s way inside / Trying to let you know / Showing you how”. He doesn’t rely on the obvious lyrical signifiers, but this is a whisky-soaked world of passed moments, bars visited, loved ones overlooked, dark possibilities.

Surrounded demands close attentio,n lest it be lost or merely allowed to wash over the listener. It takes concentration and a few listens to get a handle on it – to make a picture out of the moving puzzle. The worst you can accuse this record of, or Buckner himself, is remaining in the shade, unlit, unrevealed, a shy creature secretly flowering. Yet therein lies much of it’s charm. Musically it shifts from Jeff Mangum-style rattling acoustica to the near-Balaeric beat of ‘Cut’ without ever sounding incongruous. These are clearly just the tools that the song needed to tell its story.

‘Portrait’s intimate, understated tragedy is Bon Iver brought into slightly clearer focus, Jay Farrar tamed and teased into plaintive prose – “Can you stop me from watching? / The only thing we were pretending to say / Forgotten in moments I tried to keep / Locked in your portrait.” This is poetry, hardly ‘lyrics’, something less contrived than that, less self-serving, less rigidly structured and less mechanical. Closer ‘Lean-to’ speaks softly of this again. It’s the longest and clearest song here, Buckner’s gorgeous cracked baritone high in the mix, finally bold, utterly beauteous – “The promises that laid it down / As soon as they were out of town / Falling for a lean-to / Never meant to hold you”. There’s a magic that’s impossible to grasp, hard to hold onto, an elusive brilliance as perfect as a ghost.

Buckner’s record is a vague reflection of something remarkably powerful, a beautiful mirror image of dreams, of dusty reminiscences and pleas that come too late. With company like this, the outskirts of Americana are a great place to be.