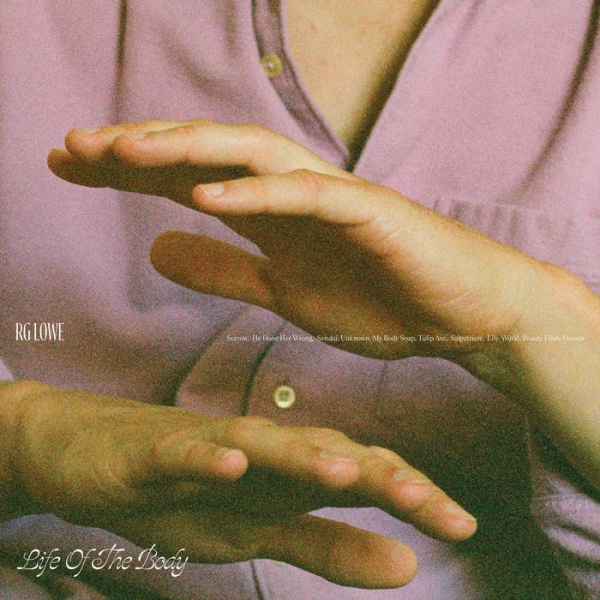 Spacious and reflective. Dynamic and rich.

Perhaps the most apt ways you could describe Balmorhea’s music, the instrumental post-modern band that Rob Lowe (not the actor) formed with Michael Muller back in 2006. Their roots are firmly planted in the neo-classical world, but Lowe and Muller have never been ones to shy away from experimentalism, weaving in folk and jazz, and using electronics and field recordings to give their compositions a contemporary feel.

Spend some time with Balmorhea and Lowe’s musicianship and skill in creating atmosphere with strings, pianos and guitars will be in no doubt. But, could he write a good pop album? It was a challenge extended by a friend of Lowe’s during a casual conversation, and one he duly responded to, with his first solo album in 2017 entitled Slow Time. It was warm, funky and upbeat, bubbling with danceable pop-R&B tracks. This was a very different Rob Lowe; indeed, he was now going as RG Lowe, and he was pouring his never-before-heard silky vocals all over the his new brand of music.

With Life of the Body Lowe continues his solo journey, “illuminating our intrinsic connection with the physical world and the freedom of physicality” through his versatile song writing and deft ability to craft mood. “He Done Her Wrong” and “My Body” are infectious grooves – the latter a glittering disco number – that writhe and gyrate, full of a desire to “feel the touch” and “let it take me whole”. In whispier, more fluttery and tender tracks like “Sendai, Unknown” and “Tulip Ave”, Lowe longs for an amour’s “mouth in mine” and to “invite me under covers”. It all feels extremely intimate and dreamy, an intoxicating combo. Elsewhere, opener “Sorrow” is majestic, its slow flicker hypnotic, and album closer “Beauty Finds Forever” is a gentle, airy acoustic number, ending things on a soft, delicate reverie.

The richness in composition and the ebb and flow of mood that’s the backbone of Balmorhea seeps into Life of the Body, giving it much more dimension and depth than your average pop-R&B album. “Feel the wind blow on your face”, Lowe invites on “My Body”. You should take him up on the offer.