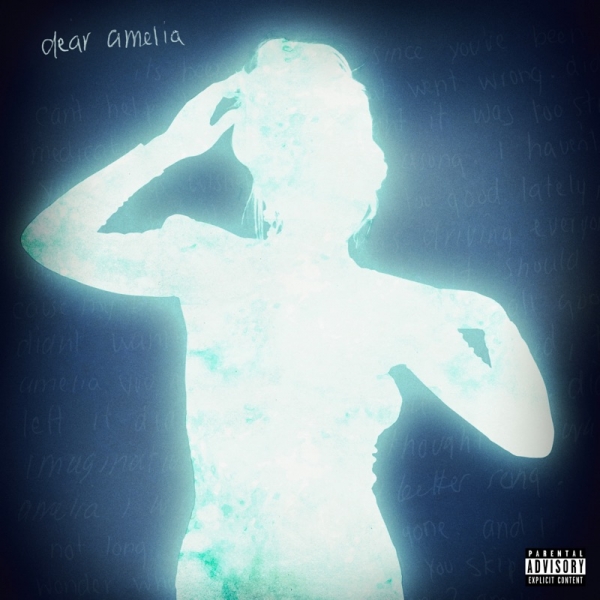 Through contradictions and juxtapositions, renforshort takes us on a winding journey through her coming-of-age psyche, mixing genres and pulling from unexpected places to put the narrative of dear amelia together. It couldn’t be summed up better than in opener “I miss myself,” which is one of the most restrained cuts on the record, built gently around a simple acoustic guitar and swelling carefully to its peak. It starts dear amelia with an end-credits feeling, showing how sometimes for new things to begin, something else has to end. I miss myself is the end credits to the last era of renforshort and the beginning of the next; ultra fitting for a debut.

The rest of the album keeps us on our toes throughout: you’d expect “moshpit” to be a heavier cut, leaning into the emo-pop stylings renforshort has picked up along the ride from tourmate Yungblud or collaborator Travis Barker, but instead it’s a sunny, mellow cut, grooving along early beabadoobee-esque riffs. It’ll get your head bobbing but it’s more likely to have you swaying and singing along – an emotional moshpit, maybe? The other tune you’d definitely expect to be a standout down the heavier end of the spectrum is the Travis Barker collab itself, “we’ll make this okay,” and while it’s a standout, it’s definitely not the record’s most pop-punk. Instead it taps into glittery synths, groovy bass, and a drum line that’s perhaps the softest we’ve ever heard Travis go. It’s a brilliant pop song through and through, injected with the best and brightest from both sides as well as being ridiculously catchy.

Some of the album’s best are where renforshort reins it in – but she proves she can do arena huge, too. “don’t come back” calls on the spirit of emo-pop icons (think The 1975 and MUNA) in its sprawling backdrop and gorgeous, ethereal melodies. It’s easily the biggest moment on an album backed with intimacy, and it proves a seamless addition, emphasising the best bits of both introverted songwriting and stratospheric delivery. “better off” is similar in magnitude, if a little more relaxed, saturated in laidback catharsis, helping to urge us along the path of dear amelia and unleashes a flood of feelings.

It's then followed by “Julian, king of Manhattan” – an ode to Mr Julian Casablancas, packed with sparky and playful nods to The Strokes’ sound and rounding us off with a smile before going into the real closers. The duo of “not my friend” and “amelia” are a devastating bookend to the album, particularly the latter. “amelia” is a piano ballad at its very, very best, impossible to capture the simple, striking magic in its words. Distorted vocals alongside the subtle piano grow and stretch – and don’t really feel like an ending. It feels more like the beginning of what’s next.