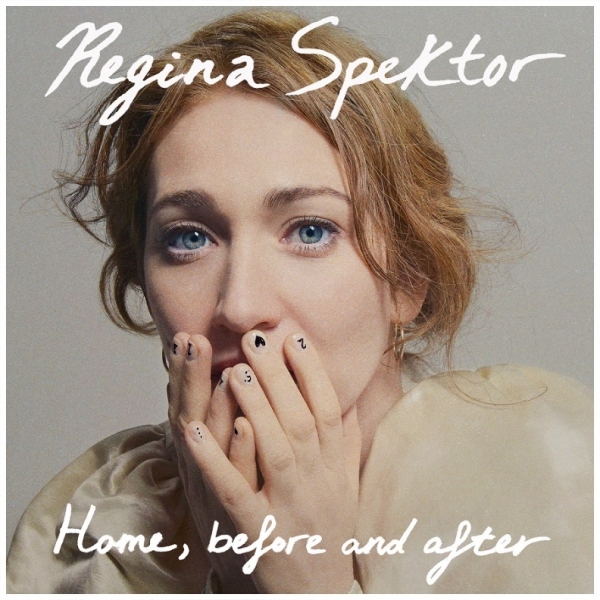 It’s thrilling to follow the career of an artist who reinvents themselves with each new era – for whom every new album is a left-turn. But there’s also something to be said for an artist you can rely upon. One who merely refines, rather than re-invents, their sound with each new release.

Regina Spektor is one such artist. Having emerged from New York's early-2000s anti-folk scene, she enjoyed a deserved breakthrough with 2004’s Soviet Kitsch – which defined her brand of songwriting; unburdened, piano-led and defiantly earnest. Spektor’s eighth album – and first in six years – stays true to the Russian-American’s core strengths, moving between tasteful balladery and chamber-pop experimentation.

Home, Before and After begins with perhaps the best three-track run in Spektor’s discography thus far. The LP opens with lead-single “Becoming All Alone”, whose tales of isolation feel particularly affecting post-pandemic, even though it was written pre-pandemic like the rest of the songs here. Beats swell and swirl throughout but the song ends with Spektor alone at the piano, sorrowfully wondering “why doesn’t it get better with time?”

The following “Up The Mountain” is Home at its wildest, relying on nature imagery to condemn a culture of constant consumption, as Spektor hurriedly sings “Gotta get in there, gotta get in there” over propulsive string arrangements. The third track, “One Man’s Prayer”, meanwhile, is more indicative of what the rest of Home has in store, stripping Spektor’s sound back to it’s very core elements. It stands out as a highlight, however, for its compelling and empathetic portrayal of male solitude (“I just want some girl to love me back / Tell me I’m her only and take away the lonely”). Like the best Spektor songs, it leaves the door open for multiple interpretations, hinting in its final moments at a hidden darkness residing within our narrator (“I want her to be afraid of me / And think that I may leave her and that I will not believe her”).

2016’s fantastic Remember Us To Life was arguably Spektor’s most lyrically mature release to date - meditating on solitude (“New Year”), re-connection (“The Visit”), Capitalism (“Small Bill$”) and the cruelty of ageing (“Older and Taller”). Home, in contrast, sees Spektor embrace child-like wonder and simplicity. “What Might’ve Been” sees Spektor list various things that go together (“Pirates and parrots”, “Sticks and carrots”, “Yellow and sadness”), signing with a nursery rhyme-like cadence. The nine-minute “Spacetime Fairytale”, meanwhile sees Spektor singing directly to her son, telling him of the world’s ever-changing nature and reassuring him, “pages burn but words return”. The song’s ambition is admirable, but it perhaps takes too long to reach its climax; menacing cries of “you will learn” backed up by a booming full-orchestra that unfortunately dissipates not long after emerging.

Home, Before and After fuses a number of new tracks with songs that have been in Spektor’s live rotation for years – nearly two decades, even, in the case of “Loveology”. That these older songs blend in so well with the rest of the album is a testament to the consistency of Spektor’s work throughout the years. However, Spektor has advanced a long way since the days of singing about “porcupine-ology” and the addition of older tracks onto Home can constrain Spektor’s artistic growth more generally, like on “SugarMan” – which stretches food metaphors to their absolute limit and lacks the staying power of Spektor’s best tracks. However, at their best, the songs of Home feel akin to a warm hug on a cold day; a soothing balm from a sensitive songwriter who unlike many of her indie peers is still capable of finding wonder in the everyday, and hope in the wider world and in music itself.