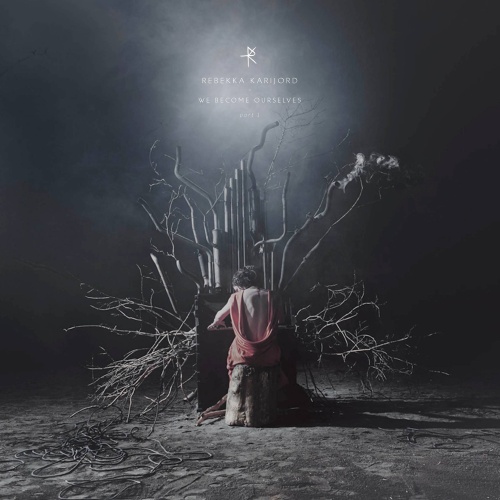 Since Ane Brun made a guest appearance on Rebekka Karijord’s last album, the two singer-songwriters have seen the gap between their musical styles close.

In a move possibly inspired by her fellow Norwegian and sometime touring partner, Brun has shifted her concise but already serious pop further into the weighty, adult territory for which Karijord is known. While Brun’s album It All Starts With One received some acclaim, it paled in comparison with Karijord’s efforts, which pull off the improbable feat of being both more painstakingly constructed and a good deal more accessible. However, Karijord – who like Brun moved countries often as a child and later settled in Sweden – has never secured much in the way of recognition outside Scandinavia. While We Become Ourselves is unlikely to reverse that trend, it nevertheless reasserts Karijord’s huge and growing skills an artist and will richly reward those who do spend time with this spacious and meditative record.

The last Karijord LP, The Noble Art of Letting Go, was released in the UK at the very beginning of 2011. With its lyrical focus based squarely on love and relationships, it was a frosty and sobering but heartfelt effort which found time to occasionally dip into brighter pop territory (as on the single ‘Parking Lot’). By contrast We Become Ourselves casts its net a little more widely: while Karijord has explained that a key theme of the album is her relationships with men, ‘Oh Brother’ makes clear that it is not just lovers being mused on but brothers, fathers and friends also. In keeping with the references to family, the big issues of life and death loom large over many of the songs, which were largely recorded in Stockholm with producer Tobias Froberg.

Allied to the weighty themes at play, We Become Ourselves frequently deploys an extremely spacious mix, made possible by Karijord’s efforts to initially blow up her compositions before paring them down prior to mixing. Besides imbuing a sense of the epic to proceedings, the strategy pays off in allowing Karijord’s voice enormous free rein. On a number of songs but especially on opener ‘Prayer’ she makes judicious use of melisma, the much-derided vocal technique so beloved of Mariah Carey-aping X Factor contestants. Never likely to be lumped in with that lot, Karijord makes the case to be filed alongside Stevie Wonder in the small pantheon of singers with the tact to have melisma empower rather than overwhelm their songs.

We Become Ourselves could be accused of being a little conservative in the area of instrumentation, but while there’s little that is truly original about the interplay of simple percussion, strings, and guitar, it is always tasteful and considered. ‘Use My Body While It’s Still Young’, one of the album’s more populist moments but also among its strongest, does mix things up somewhat with its tribal drums, and the choirs of men and boys make for an ideal musical counterpart to the album’s theme.

More wide-ranging thematically but also more consistent in tone than Karijord’s impressive last record, We Become Ourselves is a another strong statement of steady, continued development on the part of one of Scandinavia’s most reliable singer-songwriters. Heady and deep without being inaccessible, it is a set of songs which reward repeated listening and one which younger challengers would be right to envy.

Listen to We Become Ourselves