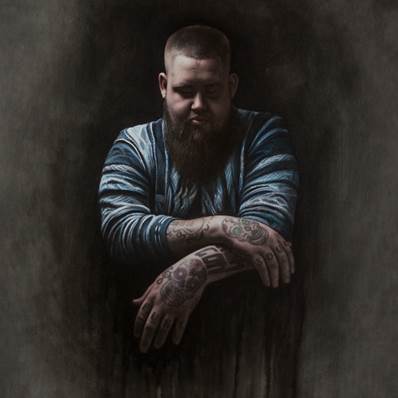 Rory Graham, aka Rag’n'Bone Man, might be the BRITs Critics’ Choice Award 2017 winner, but the resulting hype seems to have had a detrimental effect on his music.

There's been a pretty fleshy series of mini-releases from Graham up to this point; Bluestown, Dog ‘n’ Bone, Wolves, Put That Soul On Me and Disfigured combined contain over 30 tracks and together represent the erstwhile blues and hip-hop roots of an impressive artist.

Unfortunately, this ‘debut’ album seems bland and formulaic in comparison to the calibre of music we've come to expect from Rag'n'Bone Man. Singles "Human" and "Skin" are due their high praise, but there seems little soul to the rest of proceedings.

"The Bitter End" is lifted from the Disfigured EP and retains some nice touches with his trademark gravelly sung lines with choral support for gravitas, but the simplistic refrain “oh sweet love / my oldest friend / have we come to the bitter end?” serves only to emphasise that the record isn't about anything or saying anything in particular, more a loosely related set of ideas about love. That old chestnut.

The platitudes continue with one about a heart “beating for an innocent man” on "Innocent Man", the depressingly unoriginal “we’re going through changes, changes, changes, yeah” on "Be The Man" and the cul-de-sac statement “I know my gospel, but I’m no preacher” of "Ego". The forced profundity of "Odetta" is also a bit of a plod.

Tricks that supposedly add extra flavour to his sound, such as gospel backing choirs or Graham's own admittedly heartfelt falsetto, are employed at every available opportunity, thus rendering them formulaic. Many songs sound indistinguishable, "Be The Man" and "Grace" being especially similar. The odd samples, ambient noises, bluesy jazz sections and overall freshness of previous years have been left at the roadside in favour of a more conventional pop sound.

Human has been preordained as a hit, but it feels like an artistic step backwards, hopefully a blip in what will otherwise be a laudable, long career. His work at its best is soulful and sincere, but all the current attention it's receiving seems to have resulted in a distraction from those strengths.